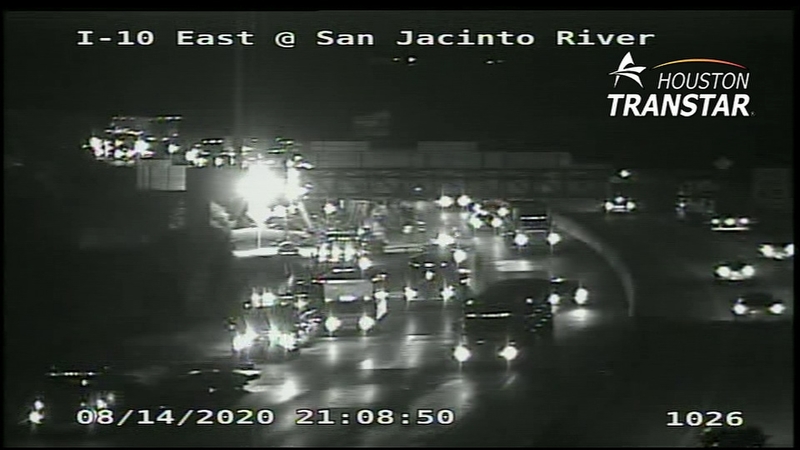 SAN JACINTO, Texas (KTRK) -- If you're traveling along the eastbound lanes of the East Freeway near the San Jacinto River, expect traffic to be backed up for a few more hours as crews clear the scene of a big rig fire.

On Friday, around 4:30 p.m. all lanes of the freeway were blocked due to a crash, according to TXDOT.

All mainlanes of I-10 East Freeway EB at the San Jacinto River blocked due to heavy truck incident. pic.twitter.com/gMFBLHgALo

The Texas Department of Transportation later updated that the heavy truck involved in the crash had caught on fire and expected clean up to take around three to five hours.

At about 9:12 p.m. TXDOT wrote that clean up crews were still at the scene and expected them to remain there for up to two additional hours.

Clean up on I-10 East EB at the San Jacinto River continues following heavy truck fire. Now expected to take another 1-2 hours. pic.twitter.com/I2DUtjTwNr

It is not known what caused the crash or if anyone was injured in the incident.