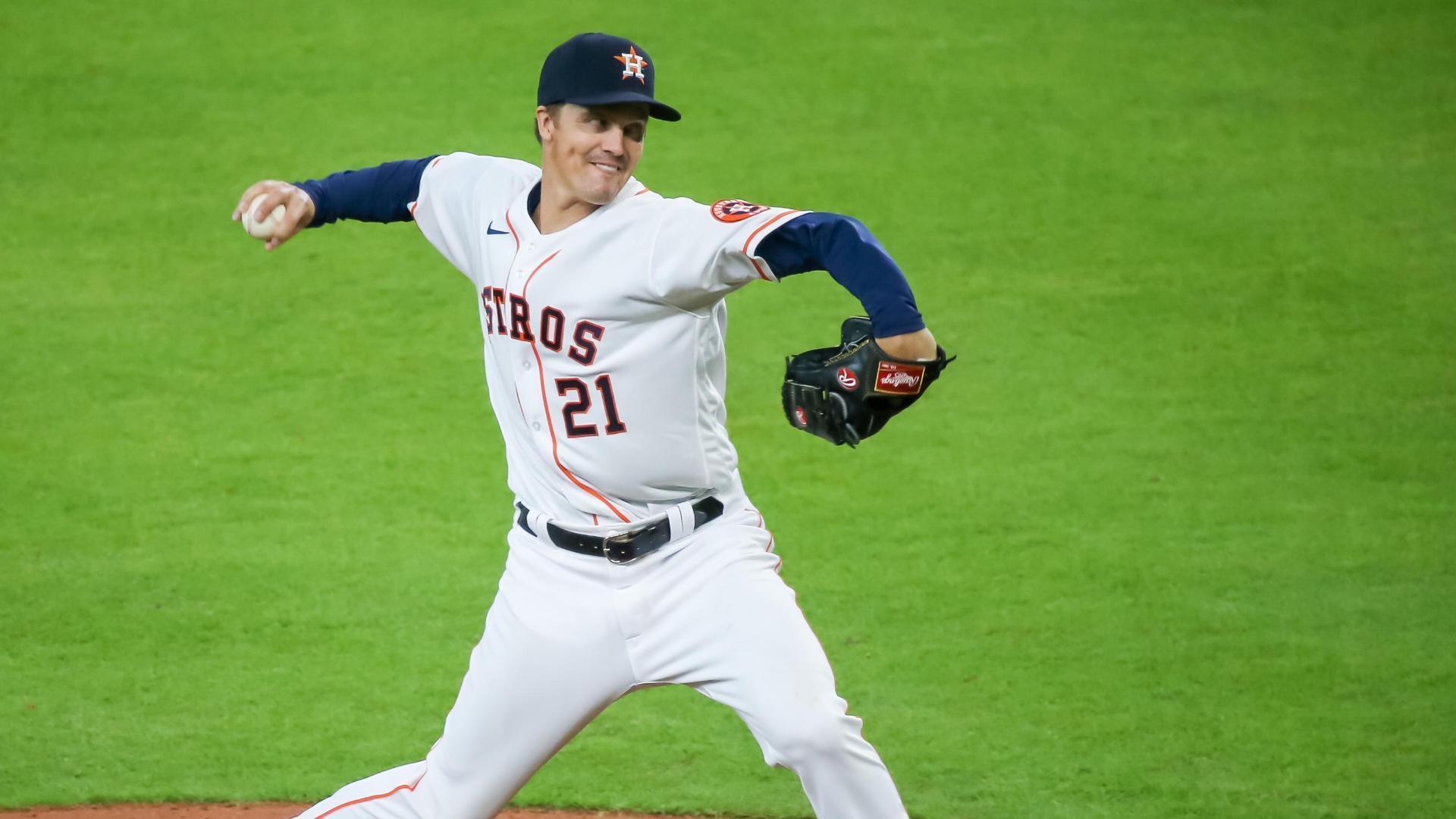 HOUSTON -- Martin Maldonado hit a three-run home run to back a strong start by Zack Greinke and help the Houston Astros to a 5-1 win over the San Francisco Giants on Wednesday night.

The game was tied with no outs in the sixth when Carlos Correa, Kyle Tucker and Abraham Toro hit consecutive singles. Houston took a 2-1 lead when Correa scored on a wild pitch by Caleb Baragar (2-1).


Maldonado then knocked his two-strike homer into the seats in left field to make it 5-1.

"We started out cold ... (but) we got some timely hits," manager Dusty Baker said.

Greinke (1-0) allowed one run and scattered seven hits over a season-high 6 1/3 innings for his first win. He struck out seven and walked one.

A night after squandering a four-run lead in a 7-6 loss in 10 innings, Houston's bullpen came through on Wednesday. Brooks Raley struck out two in 1 2/3 scoreless innings after taking over for Greinke, and Blake Taylor pitched a perfect ninth to secure the victory.

It was just the second win in eight games for the Astros.

"That was a good one to win," Baker said. "It feels good to win a series right before an off day. So now we can have a pleasant off day.

San Francisco starter Trevor Cahill, who was selected to the Major League roster before the game, walked four in 1 2/3 innings. Cahill hadn't played this season while dealing with a fingernail injury. He was only expected to throw about 50 pitches and was pulled after 55.

Mike Yastrzemski tripled on the second pitch of the game and the Giants took a 1-0 lead when he scored on a single by Alex Dickerson.

San Francisco manager Gabe Kapler was asked if his team's star players need to do more to help get the team overcome injuries and inconsistent play after the Giants ended their road trip at 3-7 with Wednesday's loss.


"When one guys is struggling or not consistent, then the rest of the group has to surround that player or group of players with support," he said. "Sometimes that comes in the form of pitching when we're not swinging the bats well, something it comes in the forms of a great defense to pick a pitcher up."

"We weren't able to do those things on this trip, which is why it wasn't a successful trip. We just didn't perform the way we're capable of performing."

Houston had just one hit when Myles Straw singled with no outs in the fifth. But he was quickly erased when he was caught trying to steal second base.

Dereck Rodriguez then walked George Springer and Josh Reddick before an RBI single by Alex Bregman on a liner to center field tied it at 1-1.

Giants: INF Donovan Solano missed his second straight game because of abodominal soreness. Manager Gabe Kapler hopes Solano can return for San Francisco's next game on Friday. Solano is batting .458 with a home run and 15 RBI. ... OF Austin Slater was scratched from the lineup on Wednesday, and Kapler said he has a sore right elbow.

Astros: DH Yordan Alvarez, last season's AL Rookie of the Year, could make his season debut soon. Alvarez, who has been on the injured list all season for an undisclosed reason, has been working out at the team's alternate training site in Corpus Christi, Texas, and manager Dusty Baker said he could join the team in the next few days.

THAT WORKED OUT WELL


The Astros had a misunderstanding on Wednesday night that ended up working out well. Baker planned to replace Raley with Josh James after he got the last two outs of the seventh inning. Baker approached Raley after the seventh and gave him a fist bump for a job well done in what is his way of indicating a pitcher's night is over.

But Raley, who was traded from Cincinnati on Sunday, didn't understand that Baker intended to replace him and he darted on the field for the eighth inning before anyone could stop him. Once he crossed the line, the Astros were forced to let him face at least one batter. After he retired Wilmer Flores to start the eighth the Astros decided to keep him in and he pitched a 1-2-3 eighth.

Giants: San Francisco is off on Thursday before Johnny Cueto (1-0, 5.40) is scheduled to start on Friday night in the first of three games against Oakland.

Astros: Houston also has a day off Thursday before opening a three-game series against Seattle. The Astros haven't announced their rotation for that series.

Greinke shouts out signs from the mound
In the seventh inning of action, Zack Greinke yells from the mound what pitch he plans to throw with Brandon Crawford at the plate.
Report a correction or typo
Related topics:
sportsespnmlbhouston astrossan francisco giants
Copyright © 2020 ESPN Internet Ventures. All rights reserved.
More Videos
From CNN Newsource affiliates
TOP STORIES