Extending the early voting period for the November 3rd Election to give Texans greater flexibility to cast their ballots, while protecting themselves and others from #COVID19.

Last week, Harris County Clerk Chris Hollins asked Abbott to provide more details so that election officials could have enough time to prepare. In a letter to the governor, Hollins requested Abbott move the start date to Oct. 13 at the latest.

For the runoffs, Abbott had doubled the early voting period, shifting the start date from July 6 to June 29. The end date was July 10.

But the Monday announcement from the governor gave eligible mail-in voters more time to turn in their completed ballots in person if they would like to do so. Current law allows those voters to submit their ballots to the early voting clerk's office in person instead of mailing them in - but only while polls are open on Election Day. Abbott's latest move expands that option to the entire early voting period.

In addition to the presidential race, Texans will vote Nov. 3 on Republican U.S. Sen. John Cornyn's re-election as well as a host of nationally targeted down-ballot contests for the U.S. House and Texas House, where Democrats are pushing to take the majority.

Harris County voters can go on with drive-thru voting 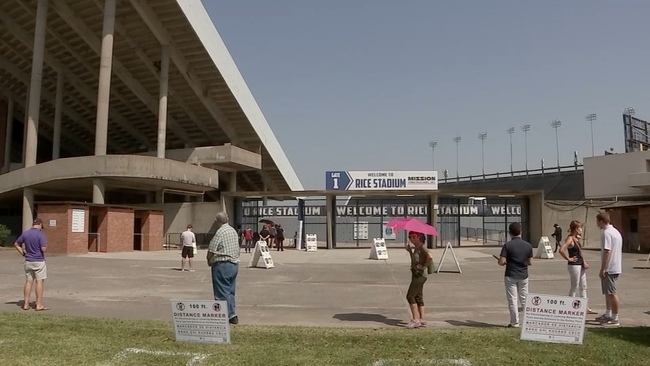