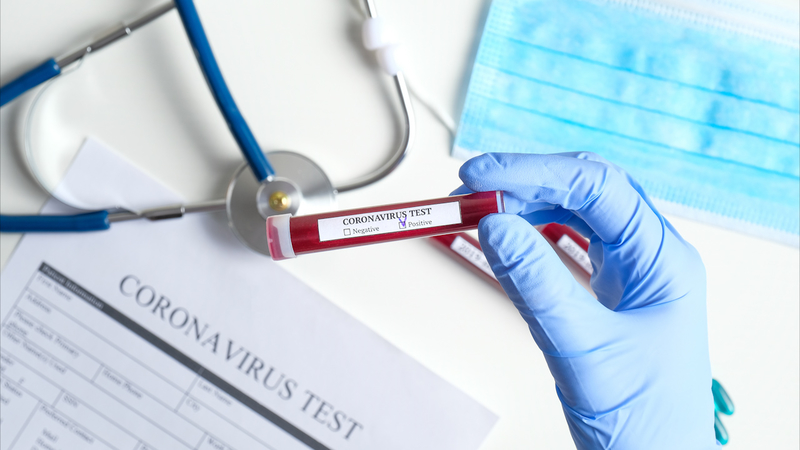 Texas surpassed 10,000 new coronavirus cases in a single day Tuesday for the first time, crossing a sobering milestone rarely seen since the pandemic first hit the U.S. in March.

The record high of 10,028 new cases in Texas served as another alarming new measure of the swift resurgence of COVID-19 nationwide and the failures of the country's response. Republican Gov. Greg Abbott of Texas aggressively began one of America's fastest reopenings in May but has begun reversing course in recent weeks, ordering bars closed and mandating face coverings.

New York and Florida are the only other states to record more than 10,000 new cases in a single day. New York hit that grim total back in April, when New York City hospitals were overwhelmed and hundreds of people were dying every day. Florida topped 10,000 confirmed cases last week.

The record mark in Texas partly reflects a lag in testing results from the Fourth of July weekend, when newly reported cases were far below what Texas has seen in recent weeks. But Abbott said the numbers should still be "an alarm bell for everybody" who is skeptical about whether the virus is a threat.

"We have rapid spread of COVID-19 in the state of Texas right now," Abbott told San Antonio television station KENS.

Later in the interview, Abbott was noncommittal about whether he would attend his own party's convention next week in Houston, which the Texas GOP has remained bent on holding even as the mayor, doctors and businesses pressure the party to cancel. Houston has emerged as one of the nation's hot zones in the pandemic. However, Republican activists, some of whom have called the fears overblown, have resolved to press forward with the indoor three-day convention.

Texas surged past 8,000 statewide hospitalizations for the first time over the long holiday weekend - a more than quadruple increase on the past month. On Tuesday, the number of hospitalizations soared past 9,000. Texas also set a new high for deaths in a single day with 60.

Mayors in some of the biggest cities in the state and U.S. - including Austin, San Antonio and Houston - have warned that hospitals could soon become overwhelmed with coronavirus patients. Along the Texas-Mexico border, some cities imposed curfew orders in hopes of cutting down on large parties or social gatherings as cases have skyrocketed.

"Many of us are running at capacity and have created new wards," said Michael Mann, the chief executive officer at McAllen Medical Center, which on Tuesday had more than 130 coronavirus patients taking up more than half of the facility's beds. "The physical space is obviously limited, and most of the hospitals are running out of that pretty quickly."

The record count was reported on a day that also saw the State Fair of Texas canceled for the the first time since World War II. Fair organizers said the event, which draws more than a million visitors to Dallas each fall, was not feasible during the pandemic.

Deaths remain lower in Texas compared to other big states. As of Tuesday, Texas has confirmed that at least 2,715 people have died due to COVID-19. But fatalities have climbed in recent days, and in addition to an alarming acceleration in new cases in Texas, the seven-day infection rate has climbed to 13.5%.