What Pasadena police changed after jump in crime amid COVID-19

KTRK
By Courtney Fischer
PASADENA, Texas (KTRK) -- Back in March, we stopped going to work, stopped going to restaurants, stopped sending kids to school, even stopped our rodeo (remember that!?). Days turned into weeks turned into months, as our cars and trucks sat in driveways and parking lots were empty thanks to the COVID-19 pandemic.

In Pasadena, cars and trucks were being stolen at an alarming rate.

The spike in vehicle thefts may not surprise you. We've shown you how all types of crime in Harris County went up over the past three months: there's been an increase in domestic violence cases, more drunk driving crashes, and more Houston homicides compared to this time last year. But in Pasadena, detectives shifted their workflow to combat high crime, and they say it worked.

In May, there were nine more vehicles stolen in Pasadena compared to last May.

"I can't explain the reason why. We can theorize and stuff," said Detective Chris MacGregor with Pasadena police. "Is it because more cars are available? Or people are staying home?"

Let's take it a step further and look at the first five weeks of quarantine from March to April. Two weeks after we started staying at home and wearing masks, the number of stolen vehicles increased every single week compared to the same time last year. 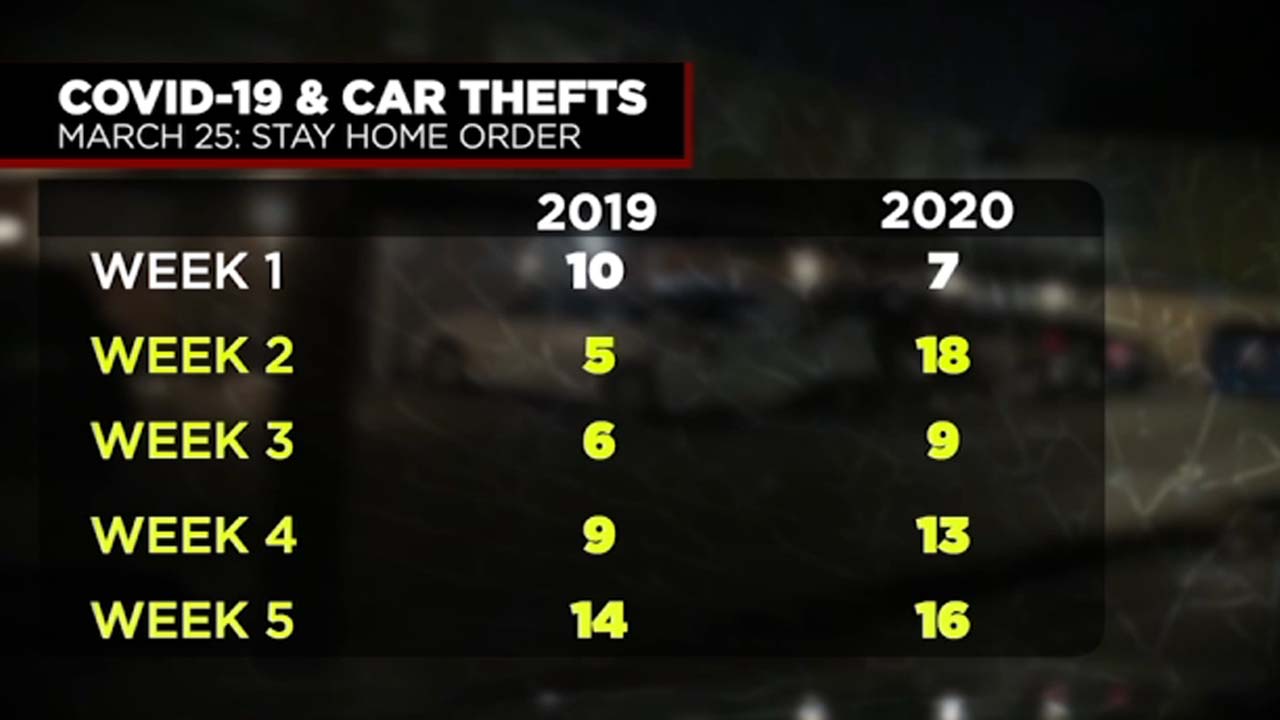 "Look at April. The first week of April, burglary of motor vehicles went from five to 18, for whatever reason," MacGregor pointed out. "Then, it started to level out again."

To know if more cars and trucks were stolen from home driveways versus business parking lots, police would have to go through each case. Will thefts go down now that more people are trying to get back to "normal" life? We'll see.

Burglaries of businesses went up too. 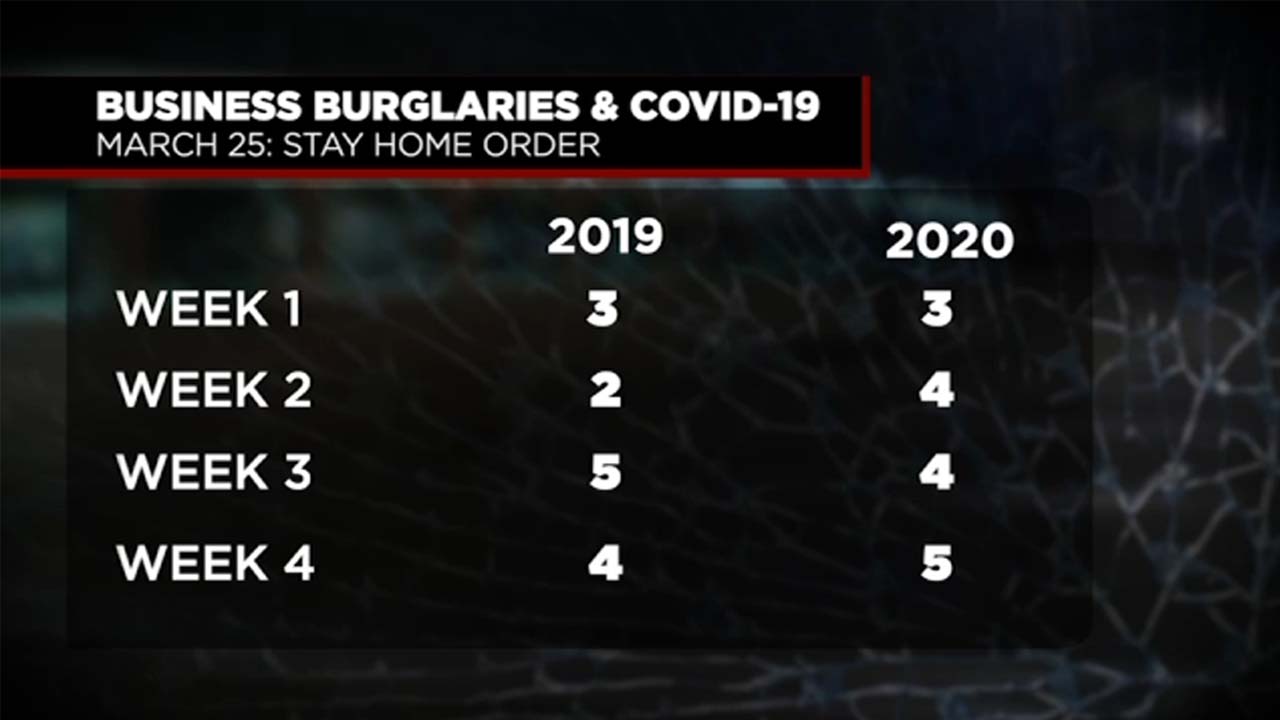 That's why Pasadena police came up with a plan. A handful of detectives shifted their hours to the evening to stake out strip malls and dark parking lots to stop burglars in the act.

They say it worked.

In April, at a deserted business park on Fairway Plaza Drive, detectives parked in the shadows say they saw a man casing the place. He was arrested on an unrelated warrant before a possible crime was committed. There was no broken glass or stolen cash, and there was no owner left with hundreds of dollars in damage.