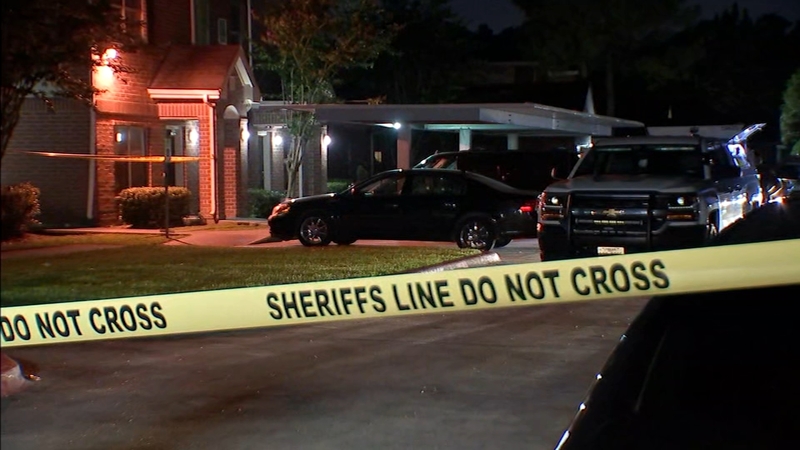 Man shot and killed outside his baby's mother's apartment

Authorities are investigating a shooting where a woman and her brother are being called witnesses after the father of her 10-month-old was shot and killed.

Harris County deputies responded to the report of a shooting at an apartment complex in the 5300 block of Aeropark near Crosswinds around 9 p.m. Tuesday.

When they arrived, deputies said they found a man with a gunshot wound in the parking lot. The victim was taken to the hospital where he later died, but he was not the only shooting victim.

According to the sheriff's office, the brother of the woman was also shot.

"There was some type of exchange of gunfire when the shooting happened," Harris County Sheriff's office Sgt. Sidney Miller said. "The brother of the biological mother was apparently hit.

Investigators said they didn't learn about the brother's injuries until at least five hours after the original call because he went to a nearby clinic and then returned.

Deputies later found the 10-month-old safe. He was checked out and then taken to be with relatives.

Authorities say they are still investigating the shooting.