KTRK
HOUSTON, Texas (KTRK) -- Weeks after city and county leaders toured an emergency medical site at NRG Park that was earmarked for up to $60 million, Harris County Judge Lina Hidalgo announced Friday the county is "winding down" its operation.

The medical shelter built in days after county commissioners approved it earlier this month was meant to serve as an overflow site for hospitals who could have been at capacity with COVID-19 patients.

While Hidalgo said the county still leads the state in coronavirus cases, she credited residents' unity and sacrifices for keeping the virus from reaching a worst-case scenario level.

A vote approved the medical shelter at $60 million if used for two months at full capacity, which meant all 250 beds filled.

According to the county judge's office, the cost will be lower due to demobilizing the site, to the tune of roughly $17 million. No matter the cost, though, FEMA is reimbursing 75 percent of the price to build and operate the site.

Hidalgo made the announcement at a Harris Health System event that is celebrating the additional masks afforded to frontline medical workers in the Texas Medical Center.

According to Harris Health, the system has secured 50 days of personal-protective equipment at Ben Taub and LBJ hospitals, after only holding just a little over a day's worth of medical face shields and other equipment.

Its goal is to have at least 60 days of inventory in hand.

The event is being held days before the start of a 30-day face-covering mandate all over Harris County and the city of Houston.

Hidalgo has faced vocal dissent over whether the order infringes on constitutional rights. One medical doctor, who is also a conservative activist, has sued Hidalgo over it.

Under the order, residents 10 years old and older will be required to wear a covering, starting Monday, April 27.

And in terms of the medical shelter, Hidalgo's colleague, Harris County Commissioner Jack Cagle, wanted the closure of the site to be considered at the next commissioners court meeting.

Medical shelter built at NRG Park for emergency coronavirus use 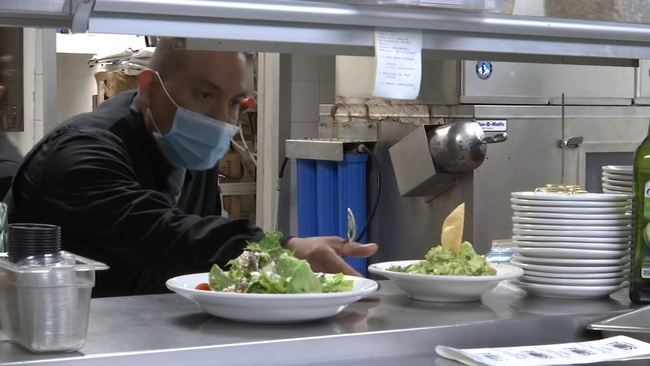