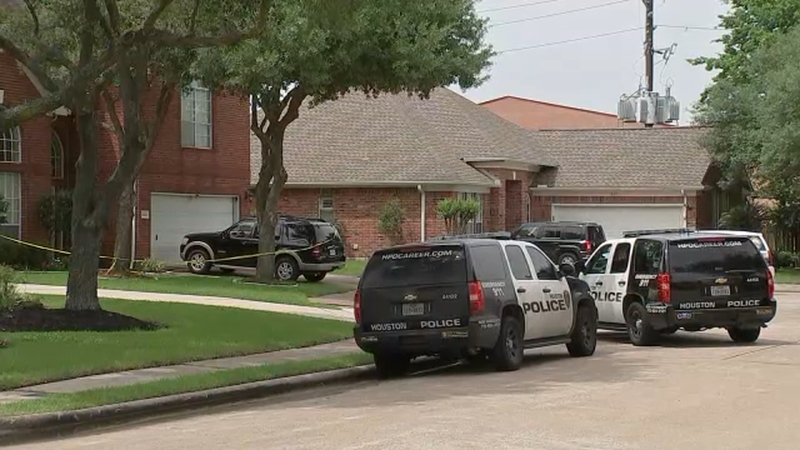 HOUSTON, Texas (KTRK) -- An investigation is underway in a west Houston neighborhood Friday where police say a woman was found stabbed to death inside a home.

According to Houston police, a man believed to be the woman's son was taken into custody.

Officers received a report of the incident around noon in the 3200 block of Shadowfern Court, which is not too far away from Richmond and Dairy Ashford.

Officers arrived at the home to find the man in the front yard. He told them the victim was inside. Police then found the woman on the kitchen floor with apparent stab wounds.

Police said they detained from the scene a 24-year-old relative who they believe is probably the son. An ABC13 crew captured a man being led away in handcuffs at the scene.