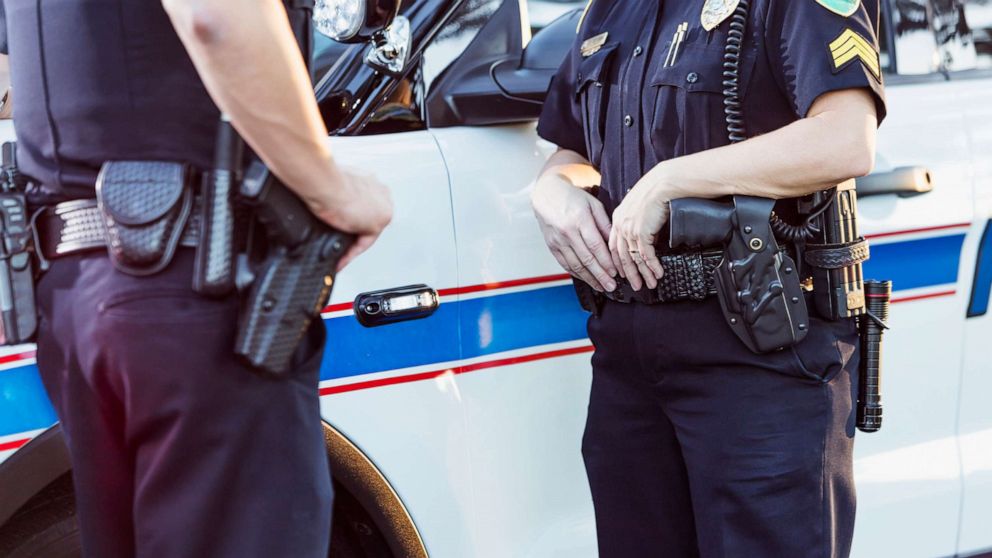 Local law enforcement officials across the country are rapidly making major operational changes in preparation for the continued spread of coronavirus, as they face potential strains in resources and staffing without precedent in modern American history.

While policing is a public service centered around direct interactions with members of the public, several departments have already sought to limit responses to certain incidents and prioritize arrests of serious and violent offenses over some misdemeanor crimes.

Steve Casstevens, the head of the International Association of Chiefs of Police (IACP) told ABC News Wednesday that "consistently" across the country, departments are changing the way they respond to calls in cases where an officer is not needed on scene.

"We're looking at essential calls for service," Casstevens, who is also the police chief of Buffalo Grove, Illinois, said in an interview. Situations like losing a license, getting into a fender bender "don't require an emergency response or a sworn officer to respond to."

In Chicago, the police department has told officers "that certain crimes can be handled via citation and misdemeanor summons as opposed to physical arrest," spokesman Anthony Guglielmi told ABC News.

The measures, officials explained, are intended to protect not just the police and sheriffs who come into contact with citizens -- but limit crowding in jails that could lead to rapid spread of the virus among vulnerable populations.

What to know about Coronavirus:

Sheriffs around the country are also raising alarm about the potential crisis of the virus entering local jails, the majority of which do not have in-house medical care, according to Sheriff David Mahoney, the incoming president of the National Sheriffs Association.

"We're working with all of our law enforcement partners, local, state and federal, to decrease the number of people who are physically arrested and brought to jail," Mahoney, the sheriff of Dane County, Wisconsin told ABC News in a phone interview. "In my county what we have asked our chiefs of police in our 10 cities, our village police departments, our state law enforcement and our federal partners is to look for alternatives to incarcerating people in jail, look for opportunities to cite with a ticket or order in and give a court date to appear."

Additionally, Mahoney said he's working with probation and parole officials in his own jurisdiction to avoid incarcerating probation violators who don't pose a public risk, and to release individuals currently in jail for minor probation violations.

The policy shifts echo a series of recommendations made by at least 30 district and county prosecutors in a letter this week that urged officials to "adopt cite and release policies" for offenses that pose no immediate physical threat to the broader public, including simple drug possession.

The prospect of departments announcing that certain crimes will not lead to arrest has caused alarm among some in the law enforcement community, however.

"It sends a message out to criminals that you've got a free pass right now while all this is going on, which is the wrong message to send," said Don Mihalek, a law enforcement expert and ABC News contributor. "Of course all of this concerns over exposure and I think you're seeing law enforcement agencies trying to address exposure issues, which is tough for them because law enforcement's job is to interact with people, particularly suspects, and be out on the streets."

In Philadelphia, Police Commissioner Danielle Outlaw expressed concern on Wednesday after reports emerged that officers had been instructed to stop making arrests for certain non-violent crimes until next month.

Outlaw said that the department "is not turning a blind eye to crime."

"Persons who commit certain non-violent offenses will be arrested at the scene," Outlaw said. "Once their identity has been confirmed, they will be released and processed via arrest warrant."

Agencies such as the Kansas City, Missouri Police Department and the Rhode Island State Police expressed confidence about their ability to handle the crisis and said they remain fully operational and not paring down operations, department spokespeople told ABC News.

An additional burden facing officers will be enforcing the orders from governors and local officials seeking to limit the amount of people allowed to gather in certain places in order to stop the spread of the virus, with some threatening criminal penalties for those who refuse to comply.

In Maryland, where Gov. Larry Hogan issued an order banning the gathering of more than 50 people, police told ABC News that if the situation warrants, they will take the "the appropriate action" to control crowds.

"Maryland State Police response to a complaint will be prompt and appropriate," Col. Woodrow Jones III, the agency's superintendent, said in a statement. "Depending on the call and location, we will first make contact with the owner or manager of the establishment. If voluntary compliance does not occur, we will take enforcement action, in cooperation with the local state's attorney. That could result in the issuance of a criminal summons or warrant, or it could result in immediate arrest, depending on the circumstances in the particular situation,."

Jones said that a violation of the governor's executive order could be punishable by one year in jail or a $5,000 fine.