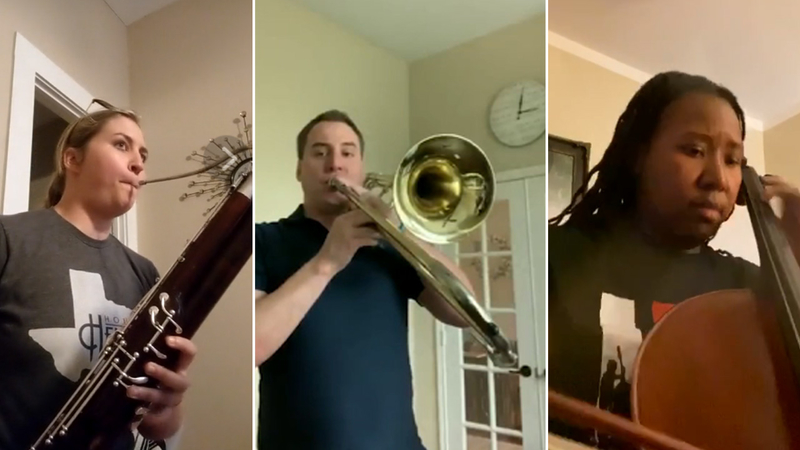 KLEIN, Texas (KTRK) -- A social media movement is bringing smiles during a tough time, and a local school district is helping to spread that magic.

Tony Award winning actress Laura Benanti is encouraging students to keep performing, even while they're out of school using #SunshineSongs on Twitter.

"If you would like to sing a song that you are not going to get to, sing now and tag me. I want to see you. I want to hear it," Benanti said in a video on Twitter.

The movement came about after many school productions were cancelled amid recommendations to limit large gatherings of more than 50 people to slow the spread of the coronavirus. Several schools are also shut down.

Benanti wrote in a post on Twitter that she wanted to be the audience for students who couldn't perform.

Locally, Klein ISD started its own hashtag "musicallyinKLEINed" to celebrate the talented musicians and thespians in the community.

Welcome to #musicallyinKLEINed! We want to hear from all our amazingly-talented musicians (and thespians) in Klein while we're out of school. In our first video is Fine Arts Director Joel Wren playing "An die Musik" on his trombone. Upload your video here: https://t.co/Tcq0az3gMC pic.twitter.com/oqhyr2E3Y8

Since Wren's video, several more have uploaded their own videos in the Twitter thread.