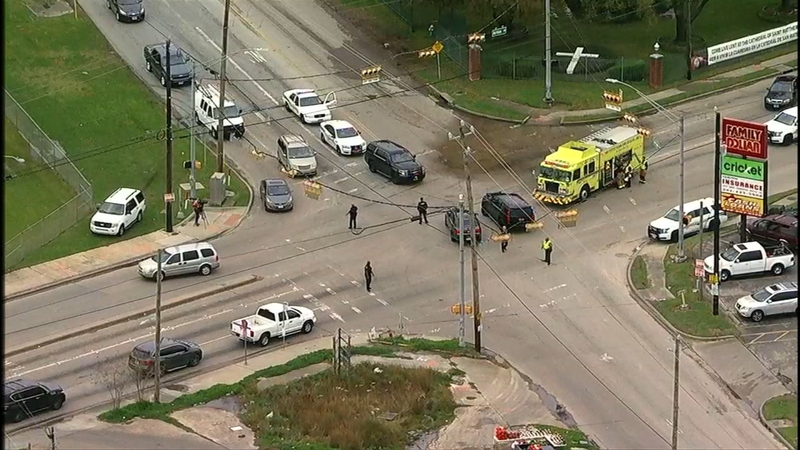 According to the Harris County Precinct 1 Constable's Office, the suspect ran a red light and crashed into three vehicles after reaching speeds up to 95 mph.

UPDATE: Started at about 1235pm near 249 and Moonglow. Traffic stop. Expired paper tags. Chase began. Reached speeds of < 95 mph. Suspect ran red light at Gulfbank and Airline and hit three vehicles. Pregnant woman was in one of those vehicles. One in custody. #hounews