Pilot in Kobe Bryant crash was written up for 2015 airspace violation in cloudy weather near LAX, according to FAA 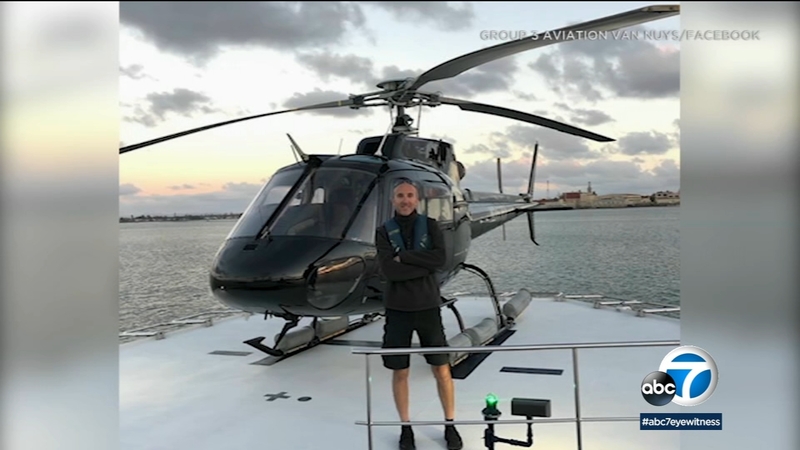 LOS ANGELES -- The helicopter pilot involved in the crash that killed Kobe Bryant and eight others last month had been involved in an airspace violation during cloudy weather near LAX in 2015, according to FAA records provided to our sister station KABC-TV.

Ara Zobayan was killed in the Jan. 26 crash, along with Kobe and Gianna Bryant and six others who were heading to a youth basketball tournament.

Zoboyan was an experienced pilot with more than 8,000 flight hours, according to his employer, Island Express.

But on May 11, 2015, Zobayan was involved in an incident near Los Angeles International Airport in which he violated Federal Aviation Administration rules, according to a report filed by the agency.

On that day, he was flying an AS350 helicopter near Hawthorne Municipal Airport and approaching Los Angeles International Airport airspace when he made contact with the LAX air traffic control tower. He was told the airfield at that time was operating in less than basic Visual Flight Rule conditions, generally an indicator of weather conditions that are affecting visibility.

The result of the incident was a report filed with the FAA. The agency's investigators said the pilot had failed to properly plan in advance and did not communicate in time with the tower to request clearance.

Island Express told the FAA that after the incident, the pilot was put through additional ground and flight training.

The unnamed FAA investigator wrote: "During my phone interview with Mr. Zobayan, he admitted his error, took responsibility for his action and was willing to take any other necessary steps toward compliance. There are no indications that this is a repeated incident and there are no signs that this incident is a trend with Mr. Zobayan or other ISHA personnel."

In November, Zobayan was given additional counseling in airspace rules, proper planning and reviewing records, the FAA report states.

No further training or remedial actions were ordered.

The National Transportation Safety Board issued a preliminary report on the deadly crash, saying there was no evidence of engine failure. Investigators found tree branches at the crash site that were cut, indicating the rotors were still turning at the time of impact with the Calabasas hillside.