Peter gets more decisive with eliminations on 'The Bachelor' 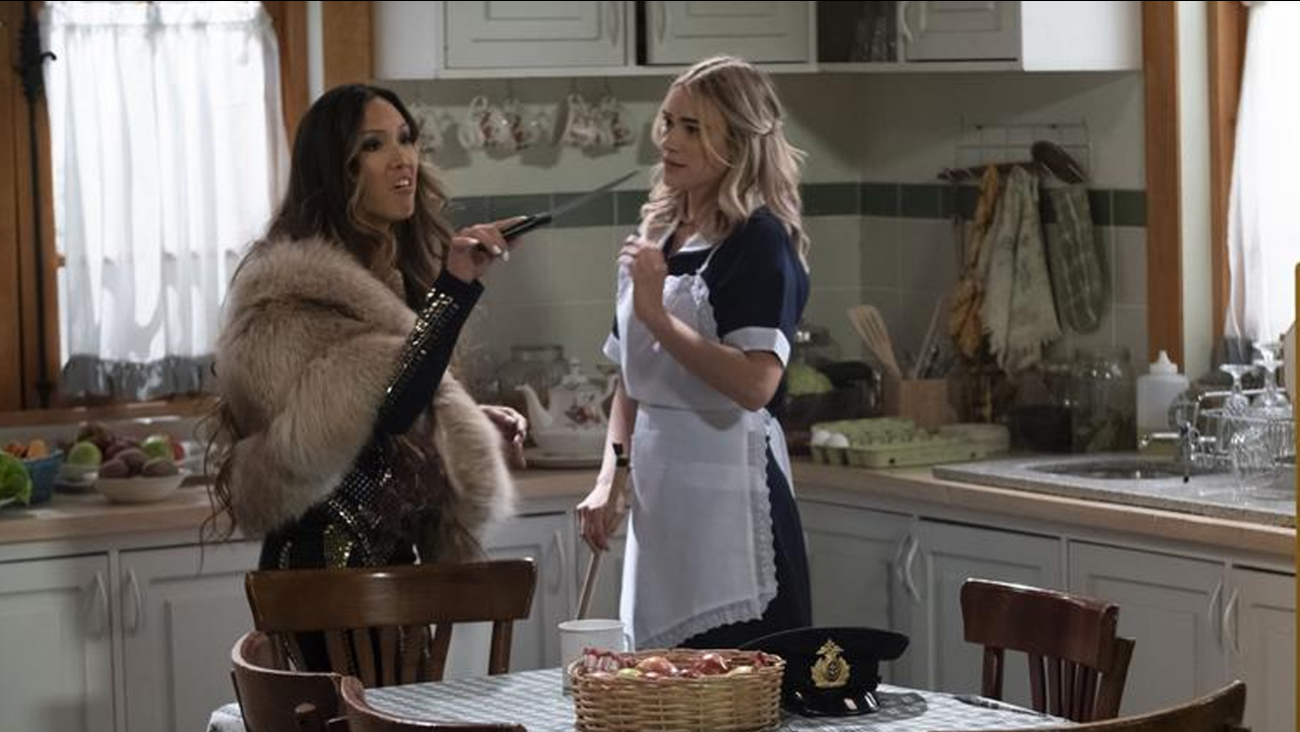 NEW YORK -- Peter decides enough is enough and decides to finish off one dramatic situation with a two-on-one 'talk.'

Before we could get to that, the women continued to fight about who got time with Peter. Victoria F. chastised Mykenna for asking Peter to talk to her privately even though there was no cocktail party the night before. Peter asked Hannah Ann to go on a one-on-one date and explore Chile with him.

Hannah Ann and Peter One-on-One
They danced in the city square, smooshed food on each other's faces, and spoke to a couple married 20 years. They gave the new couple advice on how to stay in love for decades. There was a lot of talk about Hannah Ann being very young (she's 23) and she admitted to never being in love before. Peter is 28, and it rattled him a bit to learn that she's never been in love because he thinks maybe she's not ready.

Peter said that he feels so much passion for Hannah Ann, but he wanted to make sure she is ready for marriage. So the dinner portion of the date was pretty heavy. He asked her about never being in love. She said she dated someone for three and a half years and said it wasn't love. That is somewhat concerning! How was she with someone for so long and not in love? Hannah told Peter that he is everything she wants. Peter took a walk because he got flustered. Hannah followed him crying and then he believed her and gave her the date rose.

Two Date Cards
Two date cards arrived. The first was for the group date. It read, "Sydney, Natasha, Kelsey, Victoria P., Madison, Tammy, Kelley, and Mykenna, "Lights, Camera, Action." The second card read, "Victoria F I feel like we didn't get a fair shot." Mykenna freaked out and packed her bag. She considered leaving, but decided to give it a shot anyway. She's upset she didn't get a one-on-one date yet.

At the cocktail party, Peter decided to send Victoria P. home. He felt like she was more confident in their relationship than he was. He didn't think his feelings would catch up. Meantime, Tammy told Mykenna that she's not there for the right reasons because she considered going home. Mykenna felt like she made some headway and no longer felt that way. She didn't know why Tammy was inserting herself into her relationship and the other women agreed. Mykenna addressed it with Peter and he told her all was well. In the end, Peter gave Madison the date rose.

All the emotions 😞 #TheBachelor pic.twitter.com/van3IwyDRV

Victoria F. and Peter One-on-One
Peter felt like the whole Chase Rice situation gave he and Victoria a bad date. So, he wanted another shot. They took care of some horses and got to ride them. They had a fun time. But, once they started talking about her experience with the other women, she revealed to Peter that she actually considered leaving. She's having trouble focusing on their relationship.

That evening, their awful date continued. Victoria kept crying, and Peter asked her if she was ready to be married or engaged. She told the producers that she doesn't know if she is. She likes Peter, but she is unsure if in a few weeks if she'd be ready for such a big step. Peter just kept telling Victoria that he cares about her and that wouldn't stop. He offered her the date rose and she accepted. Peter said he's still worried that she's not giving him any validation back.

2-on-1 Mykenna and Tammy
The date card asked Tammy and Mykenna to meet Peter before the rose ceremony. He said, "Enough is enough." Tammy is on a mission to bring Mykenna down. Mykenna started by giving a very rehearsed sounding speech full of clichés to Tammy. Tammy rolled her eyes. Tammy told Peter that Mykenna has packed her bags and she's not there for the right reasons. Mykenna told Peter "her truth" and told him just to give her a chance. In the end, Peter told Mykenna he trusts her and decided to eliminate Tammy. She said, "I really hope you're making the right choice because I'd hate for this experience to be robbed from you." Peter just said, "I wish you nothing but the best," and sent Tammy on her way.

So despite Tammy being sent home first, Mykenna was also sent packing. Sydney was also eliminated. She made a quick exit, but Mykenna immediately started crying, but pulled it together to say goodbye to Peter. Then, she cried some more.

'This will kill Texans,' Dems say of Abbott reopening state
5 things to know about COVID-19 relief bill headed to Senate
Here's how cold it will get tonight
2 friends, 1 dream, and an $80 million empire
Fort Bend promotes nation's 1st captain of South Asian decent
Show More
Mom who lived in car during storm still dealing with water woes
Majority of Houston-area ISDs will still require masks
Mom killed in crash leaves gaping hole in family's life
Biden: US will be able to vaccinate all adults by end of May
Grandmother and grandson found dead in SE Houston home
More TOP STORIES News