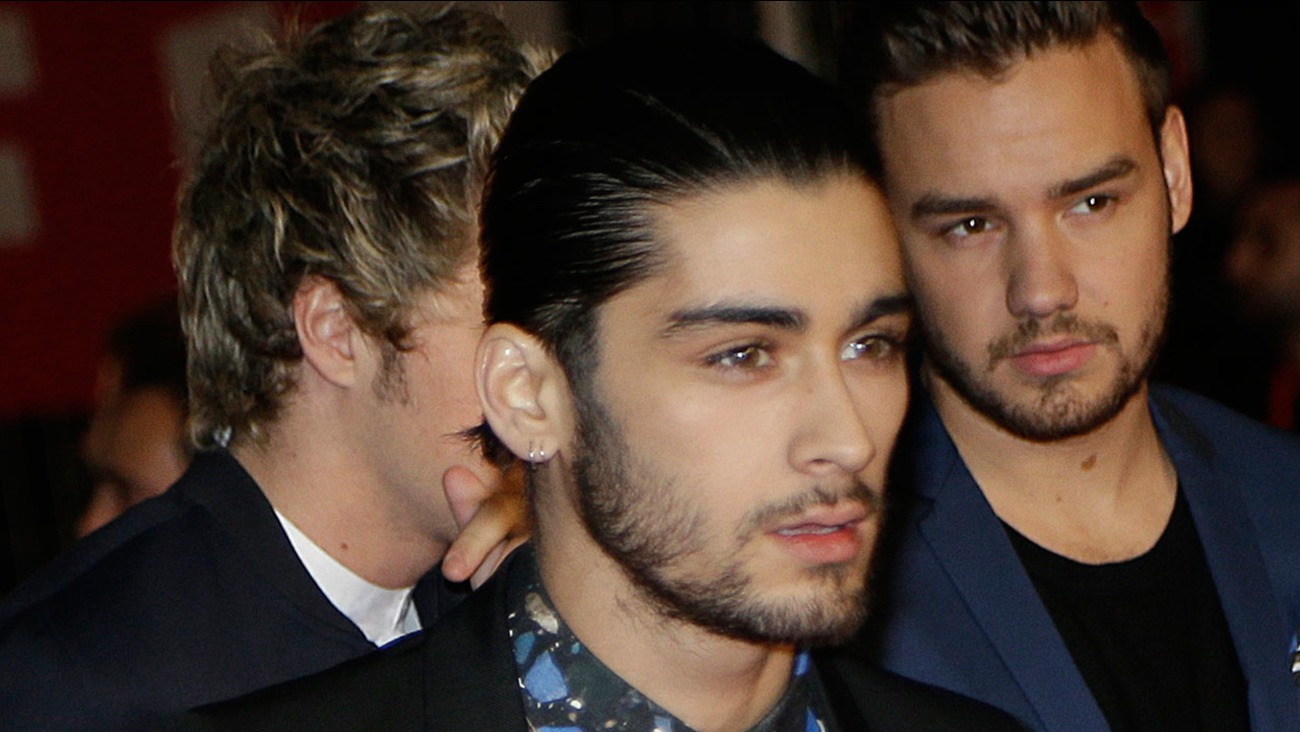 Zayn Malik of One Direction arrives at the Cannes festival palace, to take part in the NRJ Music awards ceremony. (AP Photo/Lionel Cironneau)