Grandson of George HW and Barbara Bush running for Congress 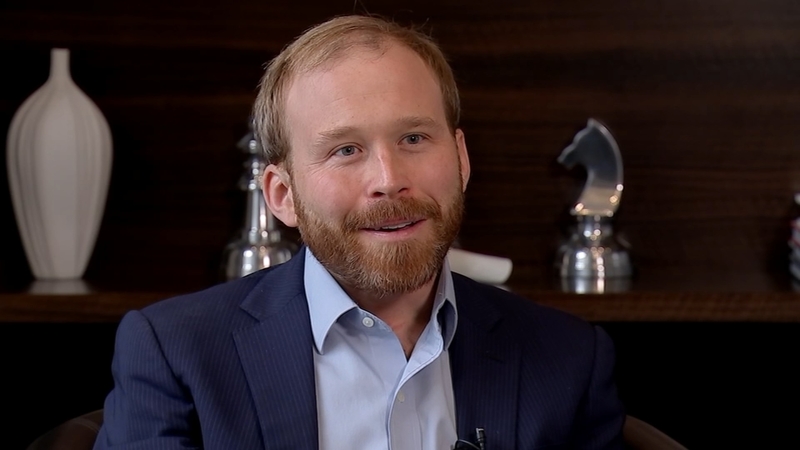 Pierce Bush jumps in the race for the 22nd congressional district

HOUSTON, Texas (KTRK) -- Pierce Bush, the grandson of former President George H.W.Bush and first lady Barbara Bush has thrown his hat in the ring for the 22nd Congressional district.

Pierce, who is the son of Neil Bush, has served as CEO of Big Brothers Big Sisters Lone Star for more than seven years.

"I've seen what's best about this amazing community, and ultimately, I have a passion for serving people," Pierce Bush told ABC13. "This isn't about my family. It's certainly about the families of the 22nd Congressional district. That's my motivation for jumping in."

Pierce said he's talked to hundreds of people who urged him to run to replace retiring Rep. Pete Olson. But it is a crowded race with no fewer than 21 candidates, 18 of them on the Republican side of the aisle. Among them is Sheriff Troy Nehls, who has been Fort Bend County's top cop since 2013.

"Washington is broken and I see it as the sheriff serving for the past eight years. And immigration, illegal immigration is one of those examples where Congress' unwillingness, not their inability, their unwillingness to secure our southern border really, really just disturbs me quite honestly," Nehls said. "Our congress is doing very little. Our President is trying to do it all on his own. But he will have an ally with me."

Nehls will not resign from his job as sheriff. He'll keep serving until his term is up in January 2021.

Bush said he will campaign full-time, knowing Big Brothers Big Sisters needs someone who can devote his or her full attention to the non-profit.

The district is demographically and politically shifting, and is among the most diverse in the country. And in 2018, Olson narrowly beat Democrat challenger Sri Kulkarni. Kulkarni is running again, and according to FEC filings, he's already raised more than $771,000 in his bid to be the first Democrat to serve since Nick Lampson served a single term from 2007 to 2009.