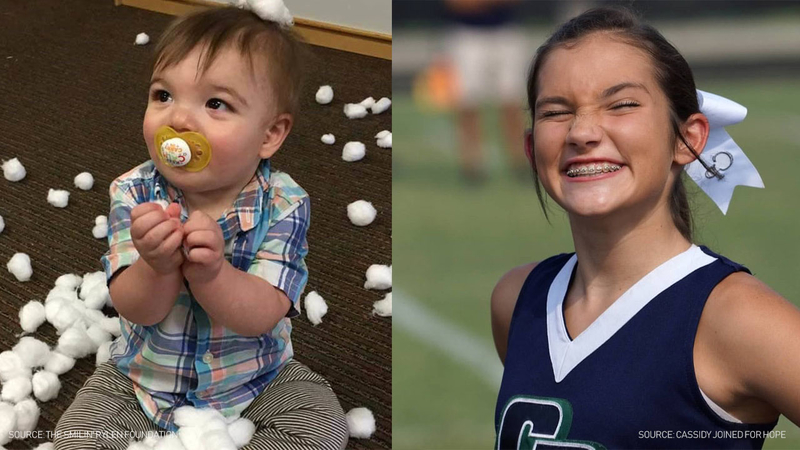 HOUSTON, Texas (KTRK) -- Donating organs can be a difficult, selfless, and gracious decision.

Rylen Quinn Cowan lost a battle with bacterial meningitis in June 2017 at only 13 months old. His parents, Kristen and Travis Cowan, donated his organs. The gift saved five lives.

"He was just full of life and fun. He smiled all the time," said Kristen. "It's crazy to look back and see everything that has flourished since he earned his angel wings."

His parents formed the Smilin' Rylen foundation in his honor.

The teenager loved cheerleading and church and her family described her as 'goofy' and someone who could bring laughter to any room.

The 16-year-old girl joined the organ donation registry prior to her passing. Her decision helped three people in need of a liver and kidneys.

Both Rylen and Cassidy's gifts will be honored at the 2020 Tournament of Roses Parade in Pasadena, California.

LifeGift created floragraphs for the two. A floragraph is a portrait created with organic materials.

The flographs will join others and appear on the Donate Life America Rose Parade Float.