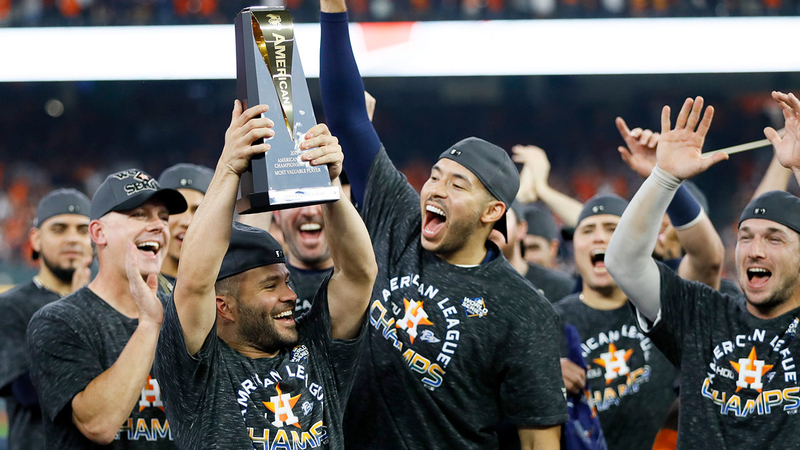 HOUSTON, Texas (KTRK) -- Go with what got you to the dance, right?

Hours before the first pitch of the 2019 World Series, the Houston Astros released a roster they hope will get them another championship.

The Astros opted for continuity in their roster, using much of the same lineup from their AL Championship Series team for their matchup with the Washington Nationals.

Like the previous series this postseason, the Astros decided to keep Wade Miley, a starter for much of the regular season, off the World Series team.

In addition, there will be a number of players making their World Series debut on Tuesday night.

Here is the Houston Astros roster for the 2019 World Series:
(* - playing in first World Series)

Which Astros would be great as president and VP?
EMBED More News Videos

With Houston facing Washington in the World Series, we asked some of the 'Stros who on the team would be the best president and vice president.

Gerrit Cole was a childhood Yankees fan, and 9 other things about the 'Stros star
EMBED More News Videos