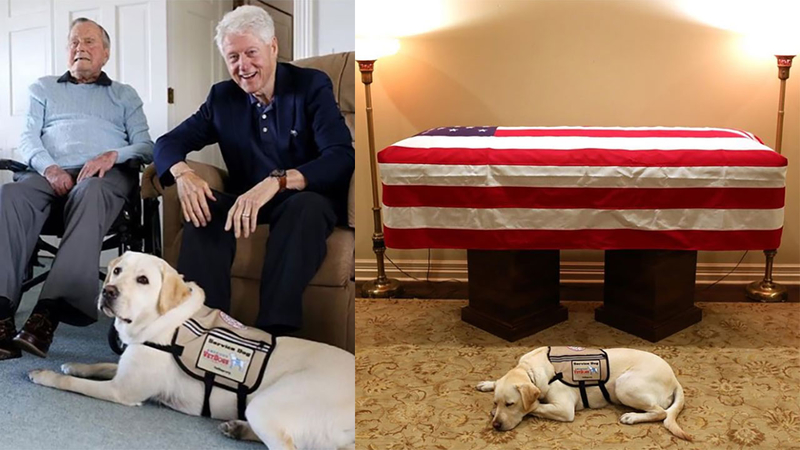 The service dog who was by the side of late Pres. George H.W. Bush is receiving a top honor for his service.

Sully the yellow lab captured the hearts of many, and he has now earned himself a public service award by the ASPCA.

According to the nonprofit animal advocacy group, the award is given to an animal who "demonstrated a commitment to his or her career."

Sully was with Pres. Bush from June 2018 until his death in November.

He will receive the award on Nov. 14 in New York City.

Since the former president's passing, Sully has worked as a facility dog at Walter Reed National Medical Center in Maryland.

His job is to assist injured veterans and their families while also offering them comfort.

A transgender woman and her mother offer online resources that teach how to be a true ally to transgender people.