Expert picks for the 2019 MLB playoffs 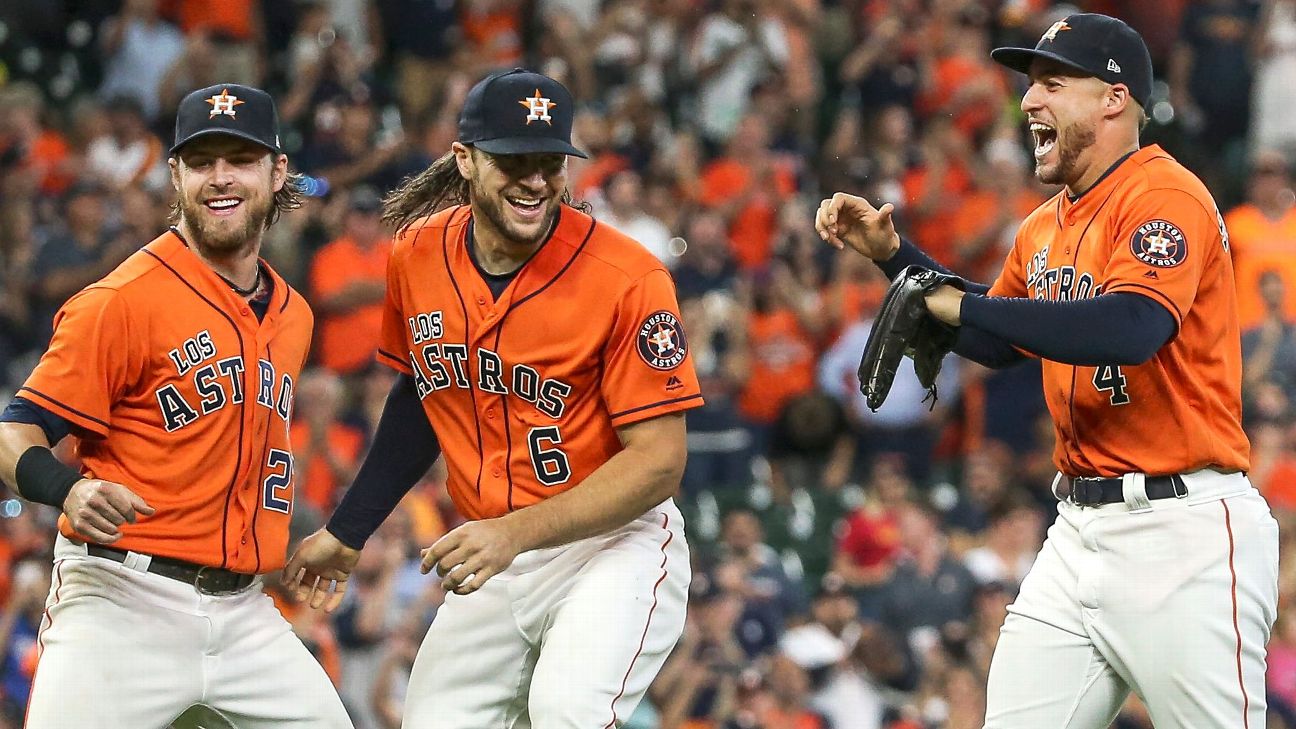 ESPN
The Boston Red Sox missed the playoffs, so there will be a new champion in 2019. Will the Houston Astros take home their second title in three years? Or can the Los Angeles Dodgers get over the final hurdle and take home their first championship since 1988?

Or will it be a surprise team like the Washington Nationals or Minnesota Twins?

We asked 30 of our MLB experts -- from ESPN.com, TV, Stats & Information and more -- to give us their predictions: wild-card game winners, division series winners, league championship series winners and World Series winner.

Below are the vote totals along with analysis from some of our experts.

This is not finally the Nationals' year. The Dodgers are too good and too deep to allow themselves to get worn down by Washington's superior starting pitching. They've got parent-of-a-2-year-old patience at the plate, and it's the sort of thing that can help even out whatever disadvantage they may face and allow the Dodgers to do all the other things they do better than the Nationals, like hit, run, field and pitch out of the bullpen. -- Passan

Why the Nationals over the Dodgers?

It's simple -- the Nationals are hot and have pitching while the Dodgers basically haven't played a meaningful game since last year's World Series. After advancing deep into the postseason the last two years, they are ripe for an early exit. It's nothing they can control. They have good players, but the Nationals -- who are ascending to the next level without Bryce Harper -- will continue with an early upset.-- Jesse Rogers

Why are you picking the Braves?

Atlanta is limping into the playoffs. The Cardinals are hobbling in. So this one comes down to talent, and while two potential Jack Flaherty starts would give the Cardinals a lifeline, the Braves may not allow this series to last until a fifth game.-- Passan

Why are you picking the Cardinals?

At the most basic level, there isn't much to separate the Cardinals and Braves. Their respective Pythagorean records (based on run differential) are essentially equal, with St. Louis owning a one-game advantage. That gap grows considerably if you zero in on the second half of the season. Beyond that, as much as I like Atlanta's young starters, the Cardinals have a better No. 1 in Jack Flaherty and a better rotation in general. In a best-of-five series, the Braves would face Flaherty twice. That's enough right there for me to give the nod to a St. Louis team that may be the superior group anyway. -- Bradford Doolittle

Why are you picking the Astros?

This might not be easy. The A's and Rays both provide formidable matchups for the favorites. Oakland's all-around excellence and recent mastery of the Astros gives the A's a better-than-imagined chance, especially in a five-game series. Tampa Bay doesn't frighten on paper, but a Tyler Glasnow-Blake Snell-Charlie Morton trio is awfully compelling. All those words aside: The Astros are still better.-- Passan

Why are you picking the Yankees?

This has a chance to be the best division series. They're the two home run-hittingest teams of all time. Neither has an abundance of starting pitching. The Yankees' bullpen is superior, but the Twins' has improved significantly. Neither is what one would call great in the field. There could be a few football scores in this series, and ultimately, as good as the Twins are, the Yankees' offense is slightly more lethal. -- Passan

Why are you picking the Braves to get past the Dodgers and into the World Series?

The Braves are much more suited for the postseason matchup than a year ago, after a season of growth from their young roster. Dansby Swanson will have his moments.-- Buster Olney

A rematch from the division series last year, when the Dodgers summarily disposed of the Braves. Atlanta is one year older, one year better, one year closer. So are the Dodgers. And though the lineups are awfully similar, maybe even a tad in favor of the Braves, everything else the Dodgers do is better. And not by a small margin exactly, either. -- Passan

The Astros were clearly the choice in the AL -- why are you picking Houston to get to the World Series?

Astros-Yankees is the matchup we've waited for all season. These two haven't faced each other since June 23, when Houston salvaged the final game of a four-game swing through New York to help take the season series 4-3. Now both are 100-game-plus winners and confident this is their year. This won't be a gimme for the Astros, but you go ahead and take the team without Justin Verlander, Gerrit Cole, Zack Greinke, Alex Bregman, Yordan Alvarez, Jose Altuve, George Springer, Michael Brantley, Yuli Gurriel and others. Be my guest.-- Passan

The Astros are clearly our overwhelming favorite -- why are you picking Houston to win its second title in three years?

It's about the names and their production and betting on talent, and even then this one (vs. Dodgers) is barely in favor of the Astros. The Dodgers, meanwhile, have vengeance on their minds from the 2017 World Series. Unfortunately, life isn't like "Kill Bill," and you can't use the Five Point Palm Exploding Heart Technique on a baseball team. This is the Astros' year, and with two championships in three seasons, they're verging on dynasty status. -- Passan

I picked them in preseason and they haven't exactly given any reason to pick against them. It is a team without flaws and riding two of the hottest starting pitchers in the game in Justin Verlander (11-2, 2.06 ERA over his final 15 starts) and Gerrit Cole (he's won 16 consecutive decisions). They also enter October healthier than last year --Jose Altuve in particular -- and also with more balance in the lineup thanks to lefties Yordan Alvarez and Michael Brantley. They win their second title in three years and establish themselves as one of the greatest teams of all time.-- Schoenfield

The Astros went into this season determined to do what they could not do in 2018 -- push through and win a second championship in the tenure of Jeff Luhnow and A.J. Hinch. And it's very possible they have a better, deeper team this year than in 2017. -- Olney

Look, no team is invulnerable in the postseason, but the Astros won 107 games with a run profile that legitimizes every last one of those wins. They will be heavy favorites in every game started by Justin Verlander, Gerrit Cole and Zack Greinke. That makes the margin of error awfully small for opposing pitchers who have to navigate Houston's star-laden lineup. There is just no reason to pick against Houston this October, short-series randomness aside. -- Doolittle

Going with chalk in predictions is no fun, but there really is no logical reason to pick against the Astros. Their starting pitching is better than anyone else's starting pitching. Their lineup is deep and powerful. As our predictions show, Houston is the clearly the team to beat -- but the beautiful thing about baseball this time of year is that anything can happen. -- Dan Mullen

Maybe it's just my thinking it's their turn to finally win, after back-to-back World Series losses. Maybe it's just a hunch. But the Dodgers' numbers on both sides of the ball were competitive with any of the American League's most likely World Series participants, and they do have roster depth and balance that few teams would find easy to match. I don't think they'll face many bad matchups during the postseason, and that might be enough for them to emerge victorious this time. -- Tristan H. Cockcroft, ESPN Fantasy

You're the only one picking the Cardinals -- why are they your WS pick?

I am sure the first question is, why? Why would she be picking a team that limped to the NL Central title? I believed in the Cardinals after spring training, they were my World Series pick back in March, and I continue to believe in them heading into the postseason. I think that Paul Goldschmidt is primed to become a playoff superstar. The Cardinals' biggest weapon is Yadier Molina-- no team this postseason has a catcher with more playoff experience than Molina, and that will be key in guiding a talented pitching staff.-- Marly Rivera 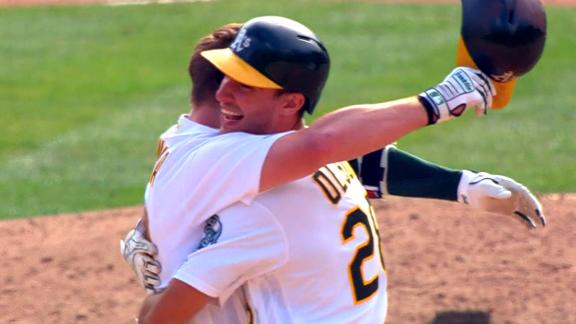 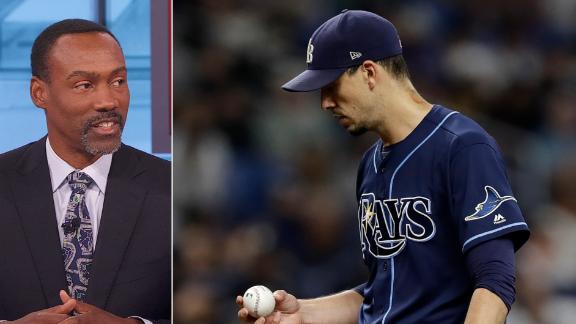 Glanville: Rays have the pitching to top A's
Doug Glanville describes how Tampa Bay's ability to not give up home runs will help the Rays beat the Athletics. 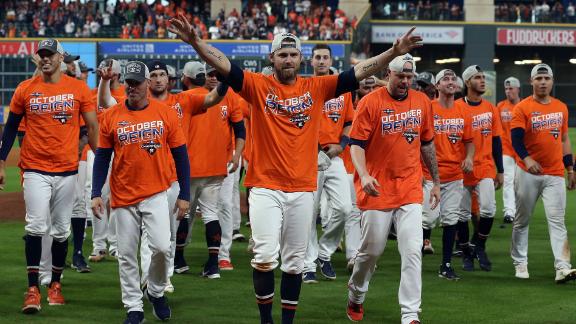 Astros may have most potential for October greatness
With a number of star performers on the mound and at the plate, the Astros will look to build on their third straight AL West crown with a successful postseason.
Report a correction or typo
Related topics:
sportsespnatlanta bravesoakland athleticsmlbminnesota twinstampa bay raysst louis cardinalsnew york yankeeshouston astroslos angeles dodgersmilwaukee brewerswashington nationals
Copyright © 2020 ESPN Internet Ventures. All rights reserved.
More Videos
From CNN Newsource affiliates
TOP STORIES