Watt says ref admitted he was held on no-call 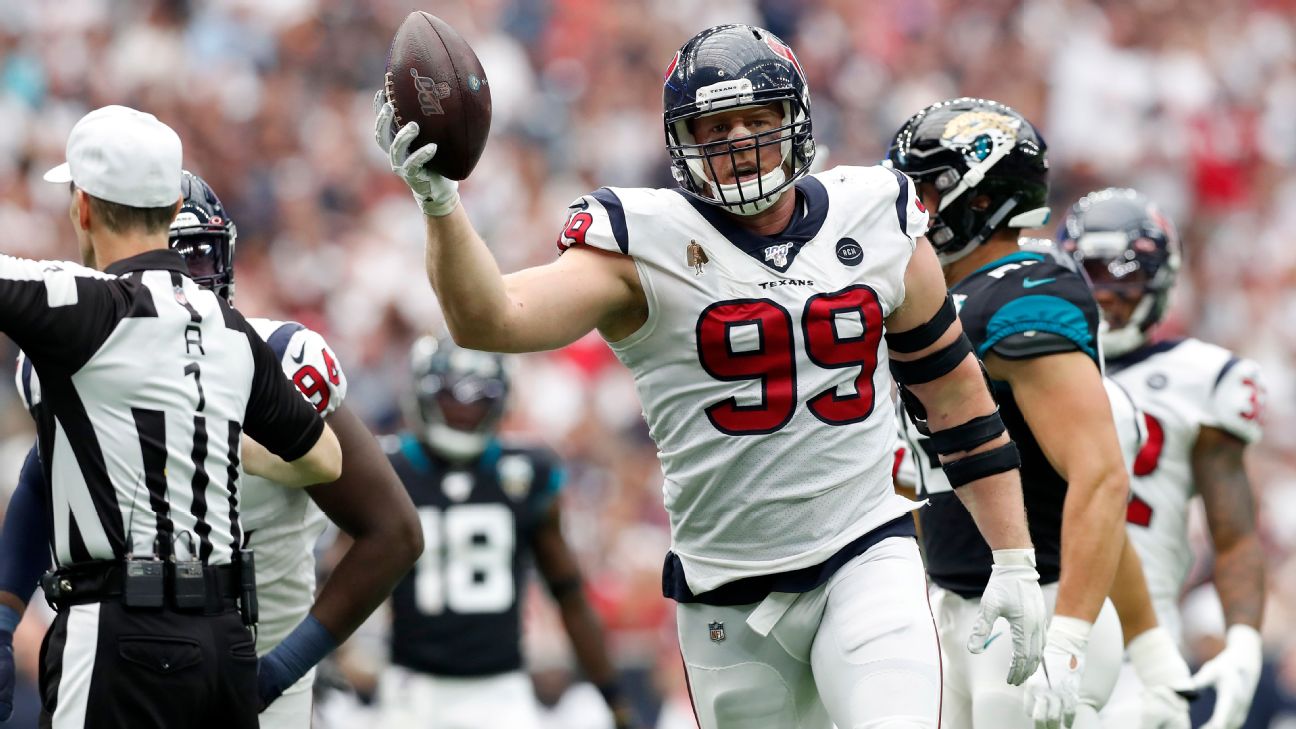 HOUSTON -- After defensive end J.J. Watt felt he was held on a play during the Texans' 13-12 victory over the Jacksonville Jaguars, he looked over at the referee to see why there was not a call.

"The ref literally admitted to me that the guy held me on one play, and he didn't throw the flag," Watt said. "I don't know what I'm supposed to do with that, when after a play I look over to the ref, and he says, 'Yes, I saw him hold you. But I didn't throw the flag.' I'll probably get fined for this, and that's fine. I don't know what to do with that.

"It's just part of the game. It's something I've dealt with for a very long time. I literally looked right over at him, and he said, 'I know. I saw it.'"

Watt didn't know which play it was, but when he was asked if it was the one where the offensive lineman had him in a headlock, he said, "One of those, yeah."

Watt said this is not the first time he has had a ref say that, but "it's one of the more blatant ones."

"I don't know what to do with that," Watt said. "So I'll just go out there and continue to play hard and try and get there. But when you're dealing with that, I don't know what you're supposed to do."
Report a correction or typo
Related topics:
sportsespnjj watthouston texansnfl
Copyright © 2020 ESPN Internet Ventures. All rights reserved.
More Videos
From CNN Newsource affiliates
TOP STORIES