In win, Saints steamed at another officiating error 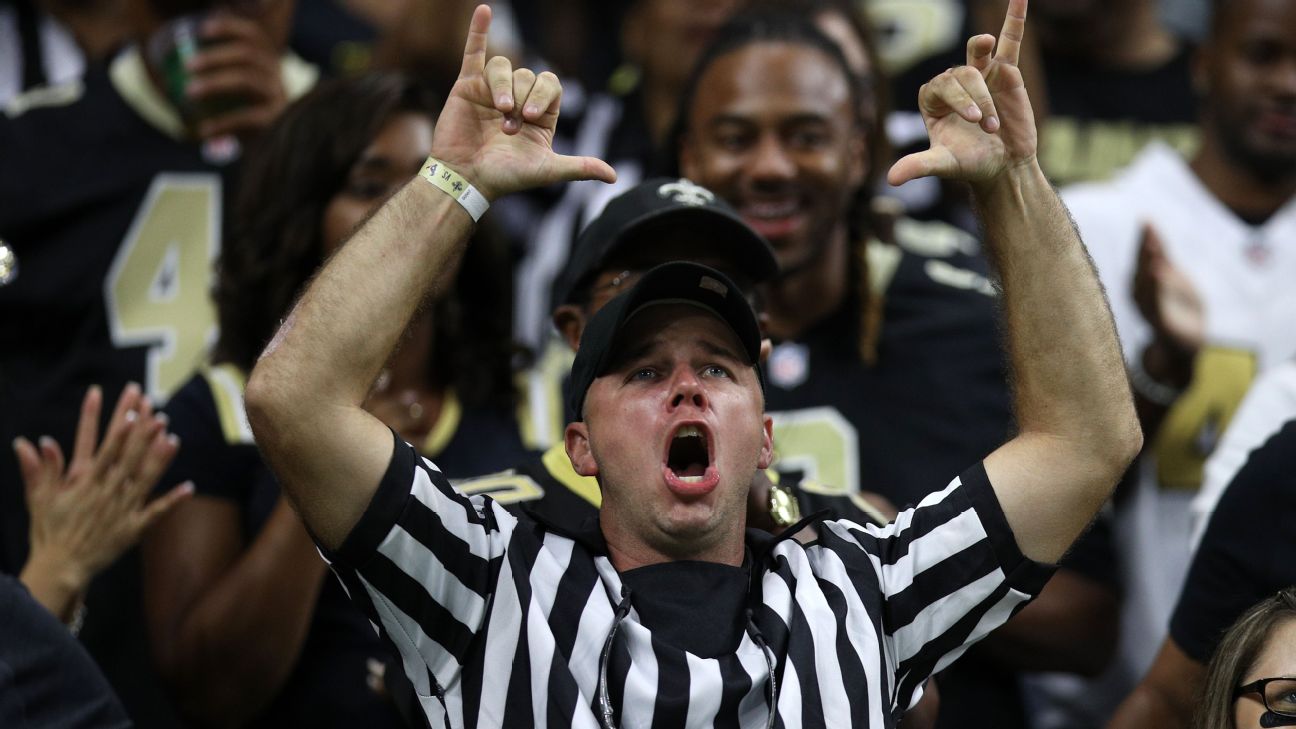 NEW ORLEANS -- Another controversial officiating mistake nearly cost the New Orleans Saints in their return to the Mercedes-Benz Superdome on Monday night.

NFL senior vice president of officiating Al Riveron admitted that the Saints should have had 15 more seconds to work with during their hurry-up drive at the end of the first half, which resulted in a missed 56-yard field goal attempt.

Fortunately for the Saints, they got a redo when kicker Wil Lutz nailed the winning 58-yarder as time expired in their 30-28 victory over the Houston Texans.

"Listen, that can't happen. I mean, that's a game-changer, right?" Saints quarterback Drew Brees said after the game. "We end up having to kick a [56-yarder] or whatever it was. If we had 15 more seconds, are you kidding me? We're gonna get closer.

"So that's a game-changer. That can't happen."

Saints fans booed the officials relentlessly during those final seconds of the first half -- which was reminiscent of the previous game in this building. The Saints lost the NFC Championship Game here in January in large part because of the infamous blown pass interference call against the Los Angeles Rams that led to groundbreaking replay rule changes in the offseason.

In Monday's case, referee John Hussey correctly called for a 10-second runoff after officials reviewed the spot following a 17-yard catch by Saints receiver Michael Thomas, since he was tackled in bounds. (The Saints could have avoided the 10-second runoff if they wanted to use their final timeout instead, but they declined.)

However, Riveron said the officials should have first reset the game clock to 41 seconds, because that's how much time was left when Thomas was whistled down. So, the Saints should have snapped the ball again with 31 seconds remaining. Instead, Riveron said the officials "inadvertently set it to 26" seconds, which was the amount of time left on the clock when they called for the review.

That left the Saints with just 16 seconds remaining. Riveron, who handles reviews from New York, was in contact with Hussey during the review of Thomas' catch.

Saints coach Sean Payton didn't appear to realize the league had admitted its error during his postgame news conference, when he said, "It is what it is," adding that the rule calls for a 10-second runoff. Still, Payton was disappointed officials had to review the spot in the first place, since he believes Thomas should have been granted the first down right away.

Super Sunday, but change is on the way