Road rage possible motive in shooting that killed a man in middle of road, deputies say 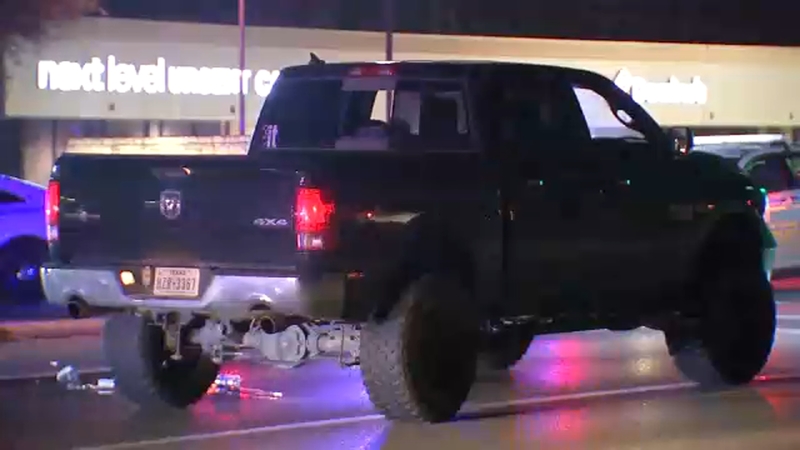 It happened on Highway 6 and Forest Trails Drive around midnight Tuesday.

The man was found on the ground with multiple gunshot wounds outside of a pickup truck. He died at the hospital, according to the Harris County Sheriff's Office.

Cy-Fair FD crews respond to a shooting in the roadway on SH-6/ Forest Trails Dr. early Tues. 8/27@hcsotexas deputies started CPR on a patient found w/ a gun shot wound. The patient was transported by EMS in critical condition.

RELATED: Man dies after being shot in the stomach during road rage incident in SE Houston

"Right now, we don't know specifically if it was a road rage incident," explained HCSO homicide Sgt. Eric Clegg. "There was definitely an altercation out on the roadway, but we're not sure if this kind of started at another location as a disturbance or truly a road rage-type incident."

ABC13 spoke with a witness who saw the incident unfold and believes whatever led up to the shooting may have happened before the driver made it to the stoplight.

The witness said the victim's truck was in front of another car. When the victim stopped at the light, she says he got out and began walking toward the car behind him. She claims words were exchanged between the victim and the driver of the car.

RELATED: Fist fight breaks out between drivers along I-45 in Houston: Video

The witness said the driver in the car then pulled out a gun and fired multiple rounds at the man and then drove off. She says the victim tried to take cover behind his truck.

There were at least two other drivers who stopped to help the victim until paramedics arrived and began performing CPR.

Investigators are checking the area for surveillance video that may show what happened and the suspect's vehicle.
Witnesses tell ABC13 they saw the person who opened fire drive away, but say the area was so dark, they could not tell exactly what kind of car it was.

The victim has not yet been identified.

The case remains under investigation. Anyone with information is asked to call Crime Stoppers at 713-222-TIPS (8477) or the Harris County Sheriff's Office.