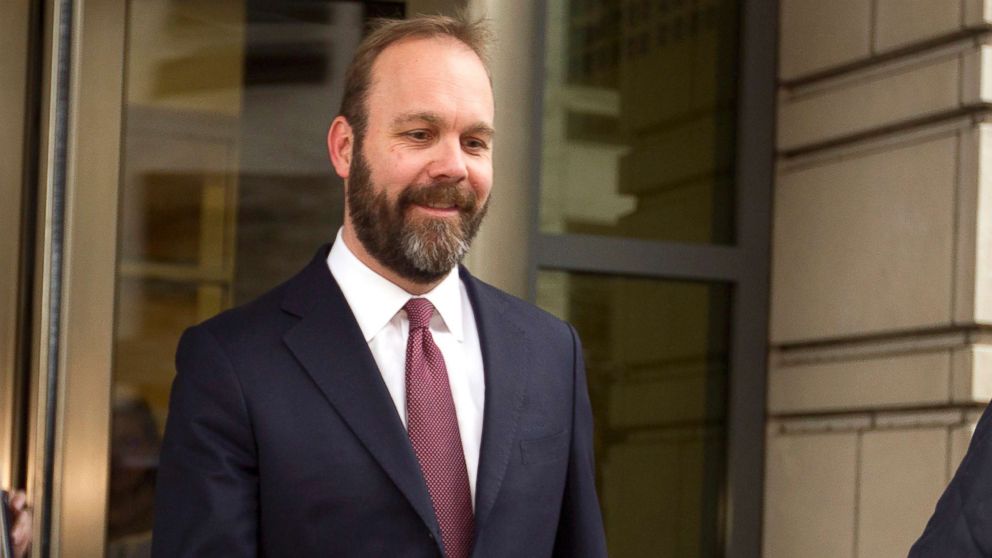 On Thursday, prosecutors questioned Gates about his interactions with Craig, a high-profile Washington attorney, during his time lobbying in Ukraine. The government has argued that if Craig had been entirely forthright about his foreign lobbying work, he would have been required to register as a foreign agent.

During cross examination in the afternoon, Craig's defense team sought to undermine Gates' credibility by turning the jury's attention to the crimes he'd pleaded guilty to last year.

Gates, 47, emerged as one of the most important witnesses in former special counsel Robert Mueller's probe into Russian meddling during the 2016 presidential campaign. The special counsel's office charged Gates and his former business partner, Paul Manafort, with similar crimes in 2017. Since his indictment in 2017, Gates has cooperated with prosecutors in several federal cases, including against Manafort. Gates testified against Manafort during his jury trial in Virginia in August 2018.

Manafort, President Donald Trump's former campaign manager, is serving jail time after being found guilty of eight counts of financial crimes as part of the first major prosecution won by Mueller's office. In early 2018, Gates pleaded guilty to lying to federal prosecutors about a laundry list of items related to the work he and Manafort did in Ukraine.

Gates and Manafort were longtime business associates, working closely at Manafort's lobbying firm, which held offices in Ukraine since 2006. In indictments penned by the special counsel's office, Gates is identified as Manafort's "right hand man."

In 2012, Craig and his law firm -- which at one point also employed Manafort -- worked on a public relations campaign for a report it authored for the Ukrainian government. Records also show Craig, during the course of his work in Ukraine, shared certain clients with Manafort.

In court documents filed prior to Thursday's hearing, prosecutors accused Craig of attempting to dodge registration requirements because registering "could prevent him ... from taking positions in the federal government in the future," among other reasons.

Craig's indictment cites his 2012 work with Skadden, Arps, Slate, Meagher & Flom LLP, on behalf of the Ukrainian government, which hired Craig to report on the prosecution of Yulia Tymoshenko, a former Ukrainian prime minister.

The firm in January agreed to pay more than $4.6 million, which equals the proceeds of its Ukranian work, and publicly acknowledge that it failed to register with the government for that work. The settlement appears to have credited much of that misstep to Craig, who was not named in the settlement but matches his description. At the time, Tymoshenko was a political opponent of then-Ukrainian President Victor Yanukovych, who was a longtime business partner of Manafort's.

Craig secured an early win this month when the judge in the case dropped one of the charges, finding that a letter Craig had sent was not a formal filing to the FARA office, and therefore could not be considered a false document. The law, U.S. Judge Amy Berman Jackson wrote, is too ambiguous on the matter.

But throughout Craig's case, the government has argued that he told substantial lies to the government about his lobbying work in Ukraine, and that these lies helped him to avoid registering as a foreign agent.

With Gates' highly anticipated testimony in the rear-view mirror, Judge Jackson has suggested that more evidence presented by prosecutors could stretch proceedings into next week -- or perhaps longer. And after Craig's trial concludes, prosecutors have written in court documents that Gates will have fulfilled his cooperation responsibilities and will be ready for sentencing.
Report a correction or typo
Related topics:
abc newsnational
Copyright © 2020 ABC News Internet Ventures.
More Videos
From CNN Newsource affiliates
TOP STORIES