Federal workers sue for the right to call for Trump's impeachment 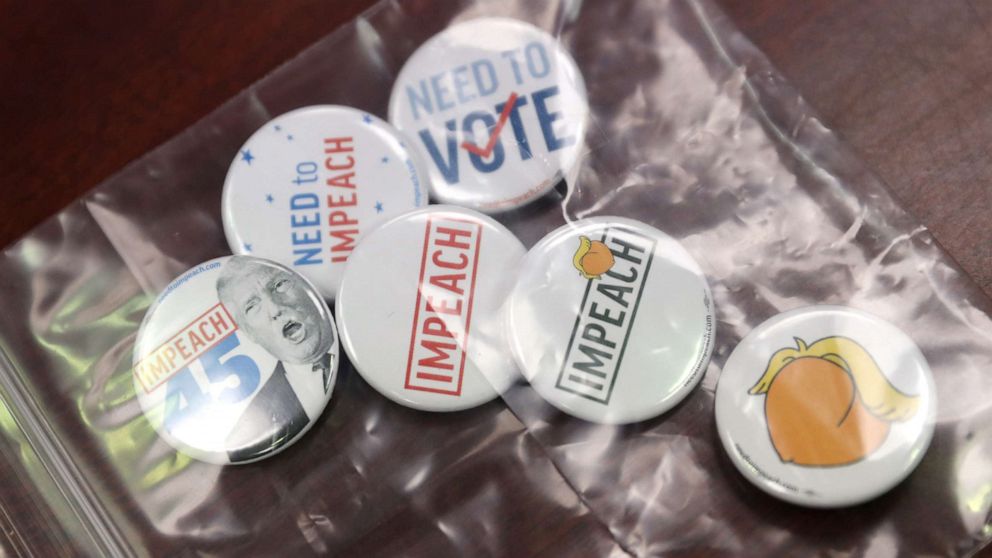 The largest union of federal workers on Tuesday announced it's suing the U.S. government in a bid to get it to drop its latest rules restricting talk of presidential impeachment and whether they should #Resist.

The American Federation of Government Employees, which represents some 700,000 federal workers, said it was concerned that the latest guidance restricted free speech and could be weaponized by politically motivated managers, including those seeking to punish people who express support for the president.

Last fall, the federal government's Office of Special Counsel, or OSC -- which is not related to former special counsel Robert Mueller -- warned federal workers that lobbying on behalf of any political candidate while on duty or in the office would be a violation of a decades-old law, known as the Hatch Act. The OSC also warned that workers shouldn't advocate for or against Trump's impeachment, insisting that too would be a violation of the Hatch Act.

The law is intended to prevent federal workers from using their position in government to try to sway elections.

American Oversight, which is representing the union in the lawsuit, said the union doesn't oppose the Hatch Act, but warns that specific restrictions on how workers talk about impeachment and possible "resistance" goes too far. The group's executive director, Austin Evers, said the goal of the lawsuit is to protect the right of workers to "blow the whistle on bad policy and criminal activity."

"The Office of Special Counsel has improperly conflated the duties of public service with partisan activity, and by doing so trampled on the First Amendment rights of federal employees and created a chilling effect on dissent within the government," he said.

OSC declined to comment, citing pending litigation. In its November memo, the office defended its decision.

"Assuming that disqualification from holding federal office would bar an individual from serving as president, any advocacy for or against an effort to impeach a candidate is squarely within the definition of political activity for purposes of the Hatch Act," OSC wrote.

Trump's supporters have alleged that the president's agenda is being undermined by federal workers who are part of a "Deep State." Trump has tweeted about such a conspiracy, specifically alleging that the FBI could be part of a conspiracy working against him.

In its memo to the nation's estimated two million workers, OSC said overt politicking at the office and online -- including the hashtag #Resist -- violates existing laws intended to keep the day-to-day operations of the government apolitical.

For example, criticizing a White House policy while chatting with coworkers might be acceptable, OSC said. But doing it in the context of the 2020 election? That could pose problems, according to the memo.

"There are no 'magic words' of express advocacy necessary in order for statements to be considered political activity under the Hatch Act," according to the memo. "Therefore, when a federal employee is prohibited by the Hatch Act from engaging in political activity -- e.g., when on duty, in the federal workplace, or invoking official authority -- the employee must be careful to avoid making statements directed toward the success or failure of, among others, a candidate for partisan political office."

Editor's note: This story has been updated to clarify that the lawsuit specifically objects to the OSC ruling as it pertains to impeachment and "resistance," and does not object to Hatch Act restrictions on advocating for a political candidate.
Report a correction or typo
Related topics:
abc newsnational
Copyright © 2022 ABC News Internet Ventures.
TOP STORIES
Bodies found in back seat and trunk of burning vehicle in Liberty Co.
Manhunt for Pct. 5 corporal ambush suspect ends with arrest in Mexico
Attorney of man questioned in dad's death 'concerned about his mental'
EPA announces cleanup plans to address Fifth Ward cancer cluster
Investigation underway in pregnant woman shooting
Search underway for suspect in Texas City double shooting
New Buffalo Speedway bridge opens over Brays Bayou
Show More
ABC13 sits down with 3 of 5 Democrats looking to unseat AG Ken Paxton
You could get paid to get your COVID vaccine or booster
Man who sold weapon to Colleyville synagogue standoff suspect charged
Will Clayton find love in Houston? The Bachelor announces watch party
Unhealthy habits are leading to immune diseases, researchers say
More TOP STORIES News