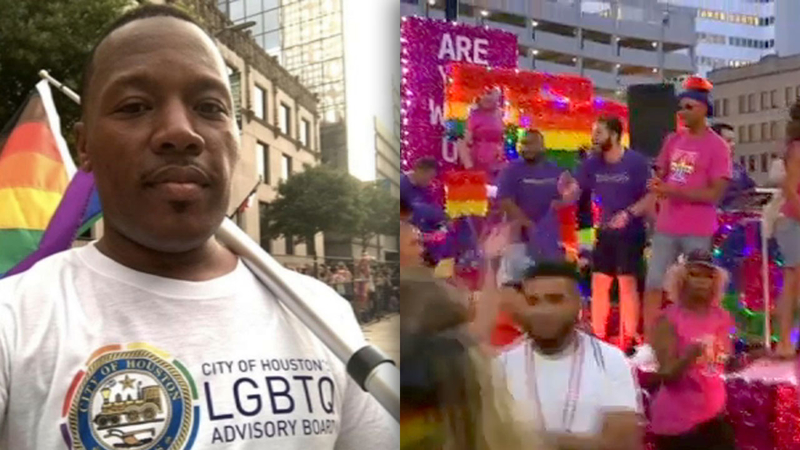 "I'm so excited," said Harrison Guy. "I can't wait for it honestly."

You might recognize Guy as a local activist, dancer and choreographer. He also chairs the mayor's LGBT advisory board.

And, in the 40 years Houston has held a Pride celebration, Guy will be the first black male grand marshal.

Watch the Houston Pride Parade LIVE on ABC13.com, Saturday at 8 p.m. through this LINK.

"The gravity and weight of that is just indescribable," Guy said. "Honestly, I am so indebted to other black gay men who took me under their wings and taught me."
The title is mostly ceremonial, but the visibility is important to Guy.

According to the CDC, black gay men have the highest HIV rates in the country.

They also experience rates of violence, harassment and economic insecurity higher than nearly any other group in the country.

"I didn't have a person like this when I was growing up, 40 years ago," Guy explained. "So I know that young men who are thinking about their sexuality and finding their place will see me as a symbol of 'It will be okay.'"

SEE ALSO:
A look back at the Gay Pride Parade in Houston in 1982

Video shows what the Pride Parade looked like in Houston in 1982.

A man who offered "Dad Hugs" at a Pittsburgh Pride Parade had a larger impact than he imagined.