KTRK
VIRGINIA BEACH, Va. -- Officials have identified the gunman who killed 12 people and then was shot by officers at a Virginia Beach municipal building Friday as DeWayne Craddock.

Authorities used a Saturday morning news conference to focus on the victims. They projected photos on a screen and gave each victim's name along with biographical details.

Officials identified Craddock for the first time after talking about the victims. They said they would name Craddock only once and will not refer to him again.

The city of Virginia Beach identified the 12 victims killed after a longtime city employee opened fire in a municipal building Friday.

Craddock, who had been employed by the city for 15 years as a city public utility engineer, stormed the building and opened fire Friday afternoon on three different floors of the city building, according to investigators. Virginia Beach Police Chief James Cervera said Craddock engaged in a "long gunbattle" with law enforcement officers, who arrived on the scene within minutes. He said officers gave Craddock first aid after he was shot, but he died.

Craddock used a .45-caliber handgun with a suppressor in the killings, Cervera said, adding that officers recovered "additional weapons" at the scene and at Craddock's home. Craddock appeared to have had no felony record, which would have made him eligible to purchase guns.

Unlike some states, silencers are legal in Virginia, though it is illegal to have one in Virginia Beach per local ordinance.

Joseph Scott, an engineering technician with the department of public works, said he had worked with Craddock before and had a brief interaction with him Friday. Scott said he saw him in the men's restroom about five minutes before the shooting.

"He was in there brushing his teeth, which he always did after he ate," Scott said. "I said 'Hey, how you doing? What are you doing this weekend?' It was just a brief conversation."

Police say 12 people have been killed and six others injured in a mass shooting at a municipal building in Virginia Beach.

Scott said he left for the day right after and learned of the shooting when a co-worker and then his son called him asking if he was OK.

"I couldn't believe that it happened," he said.

Scott said he worked in a different division from Craddock, whom he described as quiet, polite and a "nice guy." Scott said he thought Craddock was in good standing at work and had never heard negative reports about him.

Craddock's neighbors said police swarmed the neighborhood of modest townhomes Friday in Virginia Beach. Some said he had lived there for at least 10 years.

Several neighbors said Craddock was a clean-cut member of the neighborhood association board whose wife had left him some years ago. 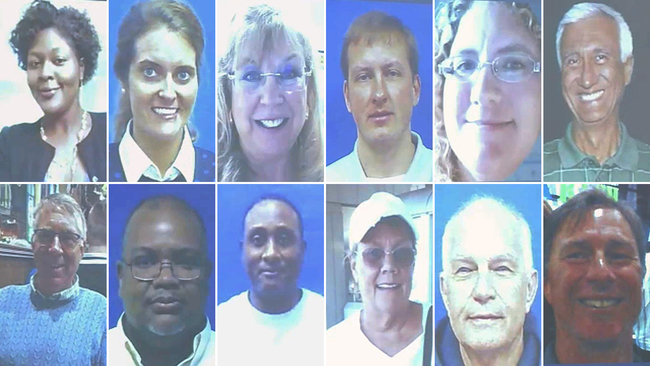 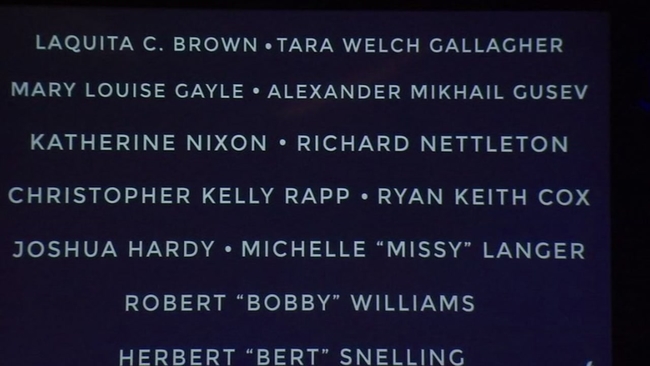 Ahead of Nevada caucuses, Dem candidates focus on Bloomberg