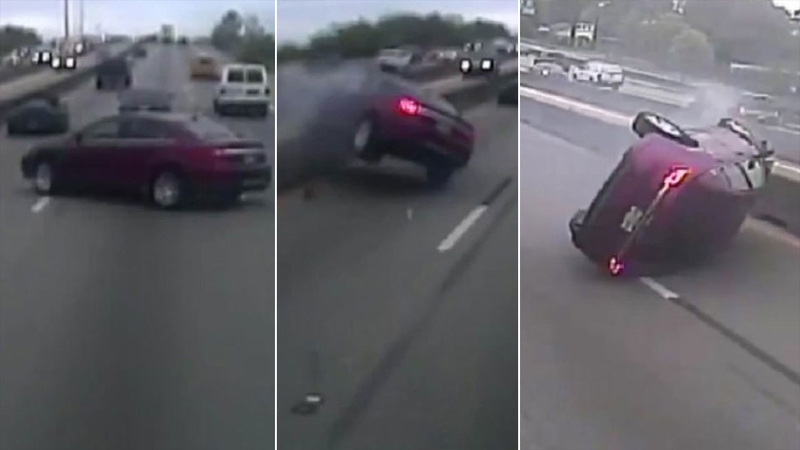 "I operate the 30 route," said Robert Bartlett, who has been taking the same METRO route for almost four years.

When his bus goes out of service, he picks up other METRO operators in downtown.

On March 25, it was a normal day as they were headed down I-45 North. But just as he was coming up on Calvacade, he looked at his right mirror and saw a car flying in front of them.

The car hit the wall, flipped on its side and spun around. It almost veered into his lane and all operators on his bus were bracing for impact.

"They were hanging on. They were in fear that it was gonna hit this vehicle," he said.

Bartlett was able to keep his cool and avoid the car.
"Next thing I know is I heard a bang," he said

Bartlett then decided to pull over


"I said, 'Guys, we have to get out and render aid, the car is on fire, it can blow at any moment,'" Bartlett said.

Every operator sprung into action, whether it was putting out the fire, directing traffic or pulling out the driver.

On Thursday every operator there that day was recognized at METRO's board meeting. A couple of Houston heroes who would gladly do it all over again.