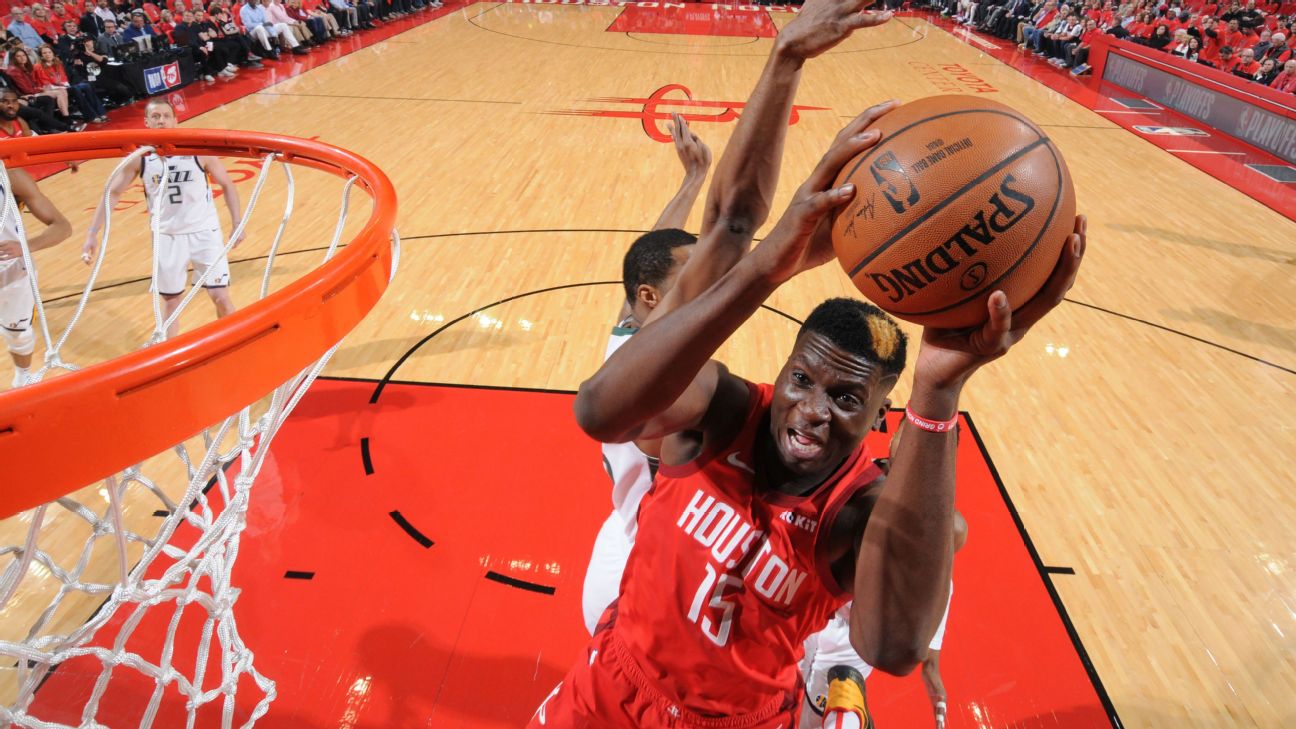 SALT LAKE CITY -- Houston Rockets center Clint Capela, who had perhaps his worst performance of the season in the Rockets' 107-91 Game 4 lossto the Utah Jazzon Monday, told ESPN that he has been battling two respiratory illnesses during the series.

Capela, who missed a practice due to illness days before the series started, said he was diagnosed with adenovirus and a klebsiella infection during a Sunday visit to a Salt Lake City doctor, who prescribed medication and eye drops.

Capela, whose eyes were extremely bloodshot, was told it would be another four or five days before he would be fully recovered.

"It's tough, man," Capela told ESPN after being held to four points on 1-of-6 shooting and seven rebounds in the loss. "Especially when I try to breathe, it's hard. I'm just going to fight it the best that I can."

It was a season-worst scoring total for Capela, who averaged 16.6 points and 12.7 rebounds during the regular season. He grabbed fewer than seven rebounds only twice this season.

The Rockets were outscored by 20 points in Capela's Game 4 minutes. It was his second worst plus-minus of the season behind a minus-22 in a Dec. 6 loss in Utah.
Report a correction or typo
Related topics:
sportsespnhouston rocketsnbaclint capela
Copyright © 2020 ESPN Internet Ventures. All rights reserved.
More Videos
From CNN Newsource affiliates
TOP STORIES