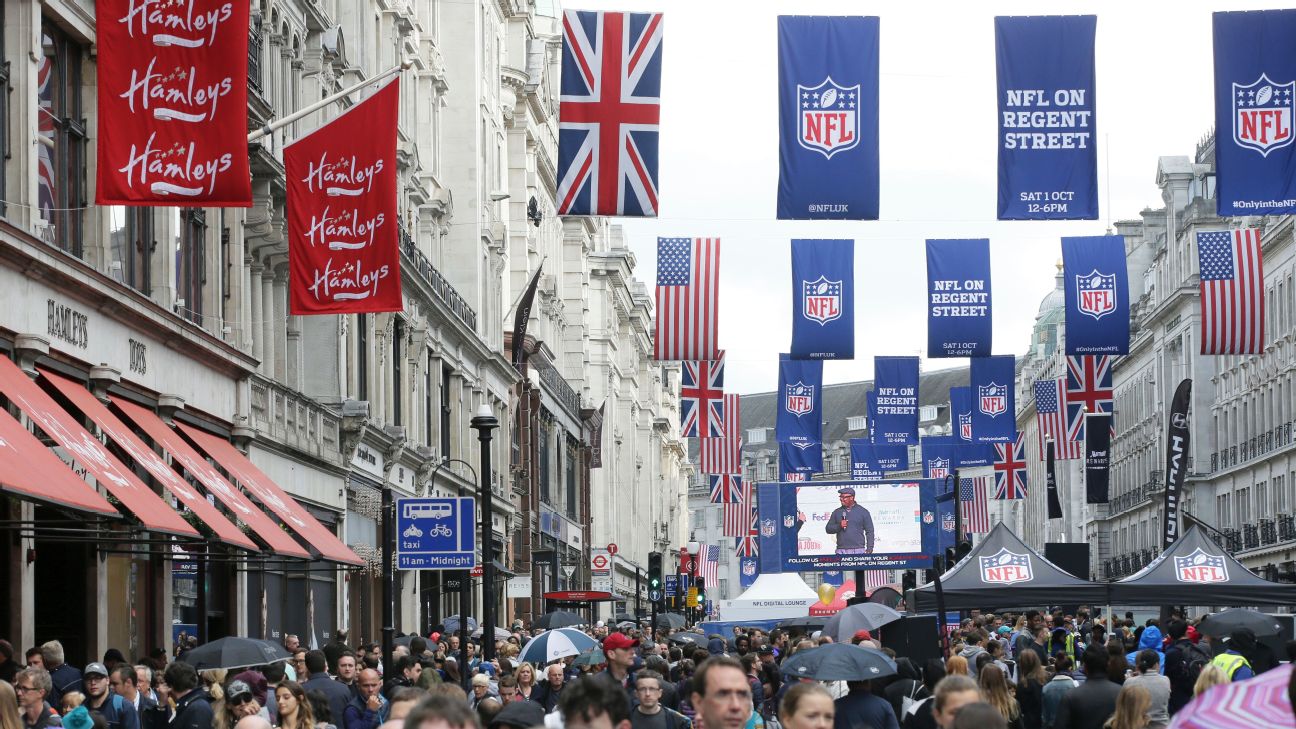 The Chicago Bears and the Oakland Raiders will play the first NFL game at the new Tottenham Hotspur Stadium on Oct. 6, the league announced Wednesday.

The Bears-Raiders matchup will be the first of four regular-season games played in London this season, including two at the newly constructed home of English Premier League power Tottenham Hotspur.

The 62,062-seat stadium in North London also will host an NFC South matchup the following week, when the Tampa Bay Buccaneers will play the rival Carolina Pantherson Oct. 13.

The other two London games will be played at Wembley Stadium. The first will be on Oct. 27 between the reigning NFC champion Los Angeles Rams and theCincinnati Bengals, followed by an AFC South showdown between the Jacksonville Jaguars and Houston Texans on Nov. 3.

The Green Bay Packers are the only NFL team that has yet to play in the U.K.

The NFL also announced Wednesday that the Kansas City Chiefs will face the Los Angeles Chargers in Mexico City as part of the league's International Series, which began in 2007.

It will be the first game in Mexico City for both teams.

Last November, the NFL moved the Chiefs' game against the Rams from Mexico City to the Los Angeles Memorial Coliseum because of poor field conditions at Estadio Azteca.