WPVI
By Maggie Kent
PHILADELPHIA, Pennsylvania -- A 41-year-old man is in critical condition after being shot in the chest. The shooter is a 70-year-old man who called police immediately after the shooting to report it.

The shooter told investigators the two drivers got into an argument while waiting at a red light in the Crescentville section of Philadelphia.

Chief Inspector Scott Small said, "It appears that the motive of the shooting is road rage."

The shooter told investigators the man he shot was kicking his car and threatening him before he pulled the trigger.

About a half hour later, the shooting victim was found in his car less than a mile away. He was taken to Einstein Hospital in critical condition.

The shooter was taken in by police for questioning.

"Preliminary investigation does reveal that the 70-year-old man does have a valid permit to carry," said Chief Inspector Small.

"Just because you have a permit to carry doesn't mean you're allowed to. That situation could have easily been avoided. Drive away," said Maria Colon, who heard the commotion outside her window.

Police are not releasing much information about the apparent road rage encounter and subsequent shooting, saying the investigation is "ongoing."

The shooting victim is in critical condition. The man who fired the gun has not been charged with any crime.

A woman says she and her 3-year-old daughter were in the crosshairs of this man's gun on I-10 this afternoon. 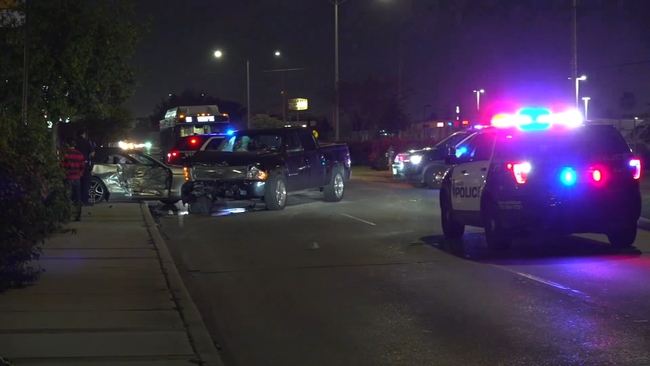