KTRK
SUGAR LAND, Texas (KTRK) -- Over a year ago, the graves of 95 freed slaves were uncovered at a Fort Bend ISD construction site. Now, a state representative wants to see the Sugar Land 95 honored.

The discovery was made on a parcel of land off Highway 90.

In the months after the graves were discovered last April, a court battle took place between the school district and historians who wanted to preserve the site.

The bodies were found, each in its own wooden casket.

Last month, the school district said its board of trustees voted unanimously to give the superintendent the power to negotiate with Fort Bend County on establishing an alternate site for James Reese Career and Technical Center, while also preserving the historic grave site.

Researchers believe the bodies are those of freed slaves forced to work in convict labor camps.

Although the 13th Amendment to the U.S. Constitution prohibited involuntary servitude, it created an exemption for people convicted of crimes.

State Representative Ron Reynolds says southern states, including Texas, took advantage by enacting "Black Codes," laws that applied only to African Americans, who could be prosecuted criminally for such offenses as loitering, breaking curfew, or not carrying proof of employment.

The state of Texas leased prisoners as cheap labor to private railways, mines, and agricultural operations, including the sugar plantations along the Brazos River. While receiving no pay, convicts often endured brutal conditions. More than 3,500 Texas prisoners died between 1866 and 1912, when the legislature finally outlawed convict leasing. 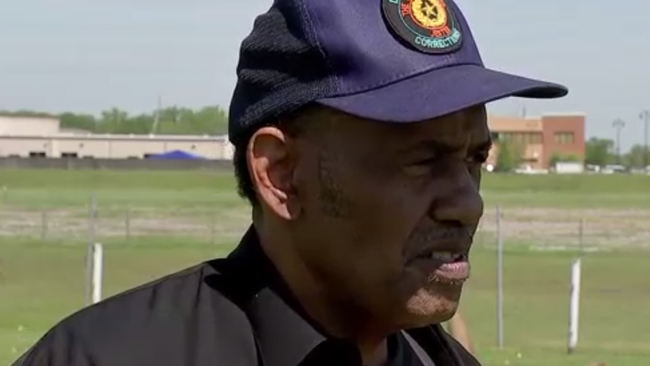 3-year-old dead after being hit by unlicensed female driver
Texas Gov. Greg Abbott extends disaster declaration
Boy under 6 months old dies from COVID-19 in Corpus Christi
Harris Co. closes COVID-19 testing sites due to heat
Inhalable COVID-19 prevention being tested in Houston
Show More
Heat Advisory extended into Saturday
Patients wait while med center says 100s of beds still available
Hey Mikey's serves up 250 flavors of some of the best ice cream in Texas!
This is when you can go to the largest crystal lagoon in Texas
43-year-old charged with continuous sexual assault of a child
More TOP STORIES News