KTRK
LITTLETON, Colo. -- Family, friends and community members came together Saturday to honor a Colorado firefighter after his battle with a brain tumor.

Emotional video shared by South Metro Fire Rescue showed the heart-wrenching procession as Cody Mooney, 31, was escorted for an organ donation procedure at Littleton Adventist Hospital in suburban Denver. Doctors, nurses and Mooney's wife walked his hospital bed down a corridor lined with observers who saluted the firefighter as his bed passed.

(1) Saving lives even after his last breath, Firefighter Cody Mooney was honored by family, friends, fellow firefighters and hospital staff @LittletonHosp tonight while being escorted to donate organs after losing his courages fight against an aggressive brain tumor. pic.twitter.com/vyf53wAWOF

Doctors discovered a tumor on Mooney's brainstem in 2017, his family members told Denver television station KCNC. Mooney's health had deteriorated rapidly in the past week following complications related to a February surgery to remove the tumor.

The fire department praised Mooney's decision to be an organ donor, saying he was "saving lives even after his last breath," sentiments echoed by Mooney's friends and family members.

"He made us all better people by what he did and how he lived," Mooney's father Kevin told KCNC. "He was the kind of guy, where if you showed up, he was your friend from the moment you met him."

"The amount of people we've seen coming through the hospital is a testament to his character and who he was," added Sam Phelps, Mooney's friend and a fellow firefighter.

Mooney is survived by his wife, who is pregnant, and their four children. Family members have established a GoFundMe fundraiser to offset Mooney's funeral and healthcare costs.
Report a correction or typo
Related topics:
societycoloradotumoru.s. & worldfirefighterscancer
Copyright © 2020 KTRK-TV. All Rights Reserved.
U.S. & WORLD 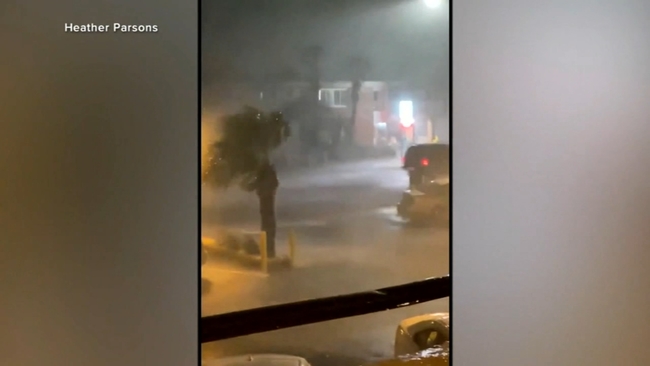