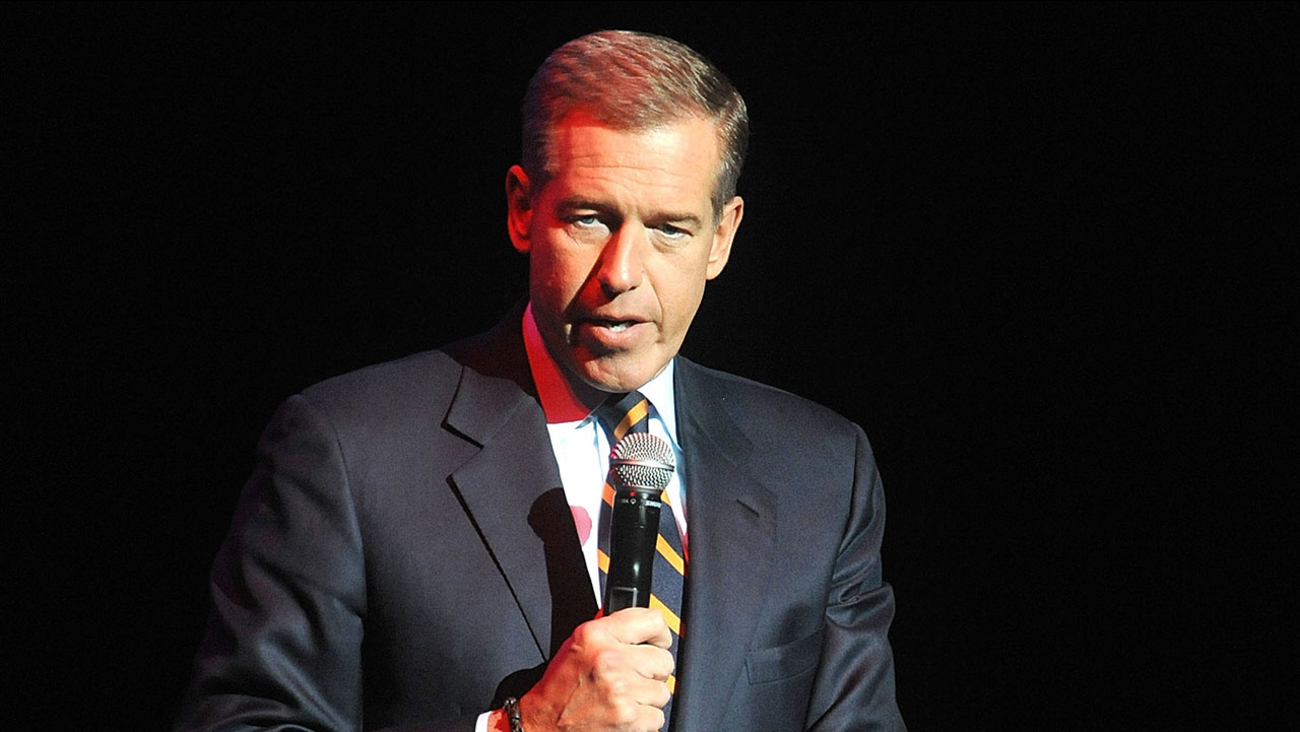 NEW YORK -- Brian Williams said he is temporarily stepping away from the "NBC Nightly News" amid questions about his memories of war coverage in Iraq, calling it "painfully apparent" that he has become a distracting news story.

In a memo Saturday to NBC News staff that was released by the network, the anchorman said that as managing editor of "NBC Nightly News" he is taking himself off the broadcast for several days. Weekend anchor Lester Holt will fill in, Williams said.

NBC News refused to comment Saturday on when or whether Williams would return and who would decide his future.

Williams, however, said he would be back.

"In the midst of a career spent covering and consuming news, it has become painfully apparent to me that I am presently too much a part of the news, due to my actions," Williams said in his memo.

"Upon my return, I will continue my career-long effort to be worthy of the trust of those who place their trust in us," he wrote.

NBC News President Deborah Turness said Friday that an internal investigation had been launched after questions arose over Williams' false on-air statements that he was in a helicopter hit by a rocket-propelled grenade while in Iraq in 2003. Williams apologized for those statements Wednesday.

There was no indication by Williams, who has anchored "NBC Nightly News" since 2004, that an absence was forthcoming during his newscast Friday. He signed off as he usually does, saying he hoped people would be back to see him Monday.

Since Williams' apology, questions also have been raised about his claim that he saw a body or bodies in the Hurricane Katrina floodwaters that hit New Orleans in 2005.

His remarks in a 2006 interview drew suspicion because there was relatively little flooding in New Orleans' French Quarter, the area where Williams was staying. A person at NBC confirmed that Williams stayed at the Ritz-Carlton, which is in an area where a news photographer and a law enforcement official said they saw bodies.

Paul Levinson, professor of communications and media studies at Fordham University, called Williams' move a good idea for him and NBC News.

"It gives him a chance to catch his breath and, on a human level, it must be excruciating to get on the air and report the news and not say anything about this," Levinson said.

NBC News, he said, "wants to be in the business of reporting on the news, and not have people thinking, 'is he telling the truth?'"

It buys time for the network to assemble a contingency plan in the event it determines to suspend or remove him, Hanley said. A final decision may await the finding of any "collateral impact" on another key NBC program, "Today," which would be evident when the February "sweeps" ratings numbers come out, he said.

"Nightly News" has reigned as the top-rated evening newscast over its competition on CBS and ABC.