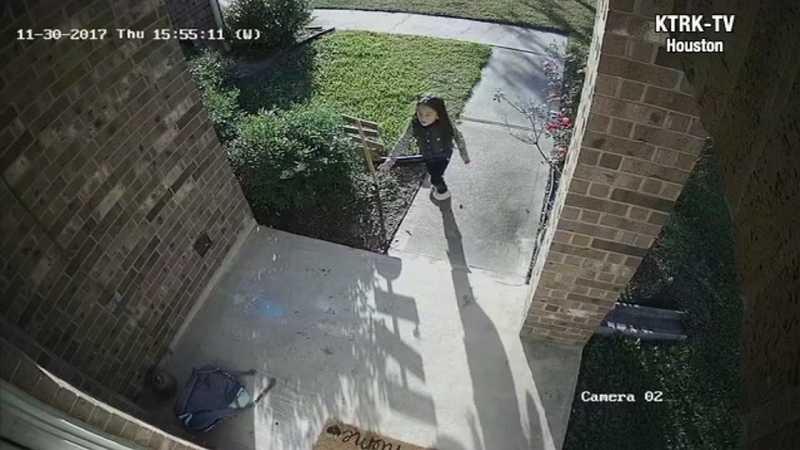 HUMBLE, Texas (KTRK) -- A 5-year-old girl from Humble ended up on the wrong bus after school this week.

Luckily, she was found by good Samaritans who used social media to reunite her with her family.

After the bus dropped Viviana off, she knocked on several doors and played in the park until a neighbor noticed her and posted online.

A teacher at River Pines Elementary School in Humble saw a post on the neighborhood app Nextdoor. It said, we have a small child named Viviana looking for her parents.

Viviana's mother, Marina Robles, received a call from the school principal. She says the principal told her about the Nextdoor post and asked to meet at the school.

Humble ISD says the incident was a mistake.

"This should not have happened we understand why the parent is upset. The school is also upset. No one would ever want a child to be placed in this situation," said Humble ISD representative Jamie Mount.

Viviana and her mother were reunited, but Robles says she's still upset.

"I was crying I was just so scared. How did they lose my daughter? I just lost complete trust in them," said Robles.

"Are there any changes that are going to be made to prevent this from happening again? Absolutely. The school has taken steps to make sure this does not happen again. We have added enhanced supervision at dismissal time," said Mount.