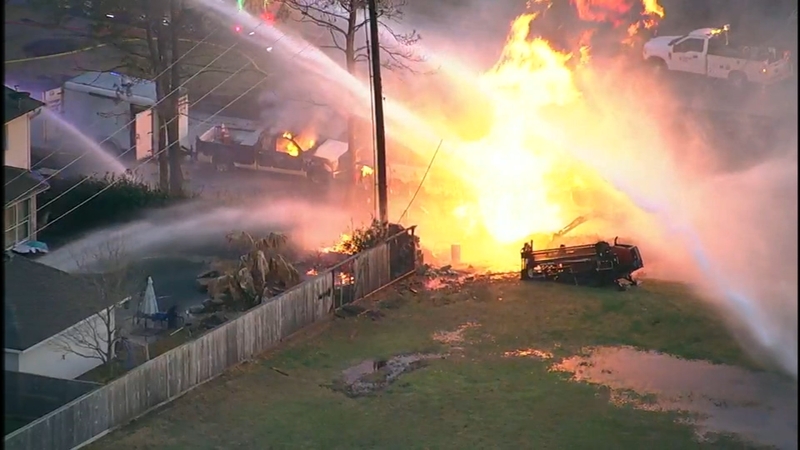 It happened in the 18700 block of Gleannloch Lakes Boulevard around 6 p.m.

Comcast crews were in the area working when they punctured a gas line, according to the Harris County Fire Marshal's Office.

CenterPoint Energy crews were then sent to fix the line. As they were leaving, crews hit what was described as a 6-inch high pressure natural gas line, which is considered a main line.

Authorities say they hit what was described as a 6-inch high pressure natural gas line.

#update initial reports are that Centerpoint crews were working and struck a natural gas line. 4 injuries, 3 transported by ground, 1 transported via life flight. A 500 ft. perimeter has been established and all residents evacuated. Please avoid the area.

Six workers were taken to hospitals for evaluation and treatment, according to CenterPoint Energy. One of those workers was transported via Life Flight.

That victim was in critical condition, according to authorities.

The fire marshal says a 500 ft. perimeter was established in the area and all residents were evacuated.

One house in the area sustained damage to its exterior and fencing. Residents in the area were not allowed to return to their homes until the fire was completely out.

The fire knocked out power and gas to surrounding homes. Power in the area was restored Saturday morning. 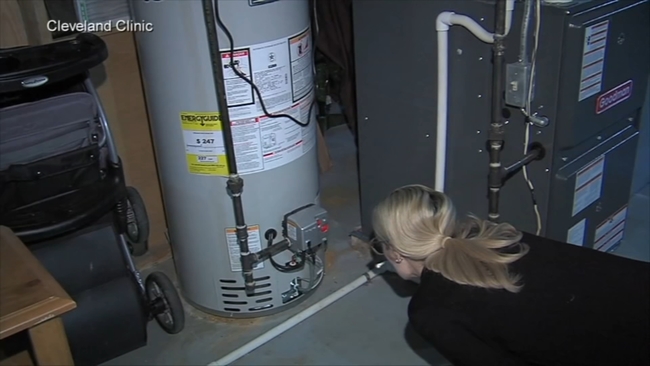 How to prevent carbon monoxide leaks during cold weather 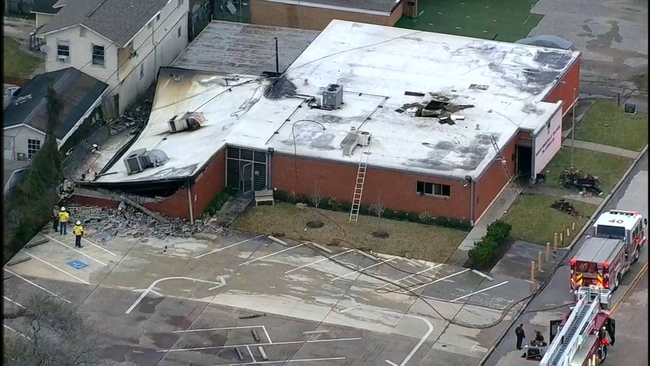 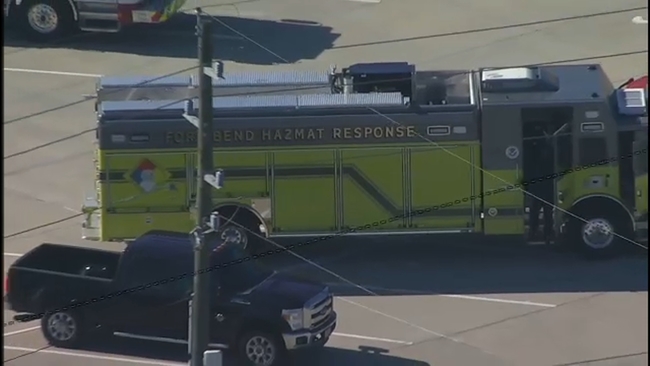 Businesses evacuated by gas leak in Katy have reopened