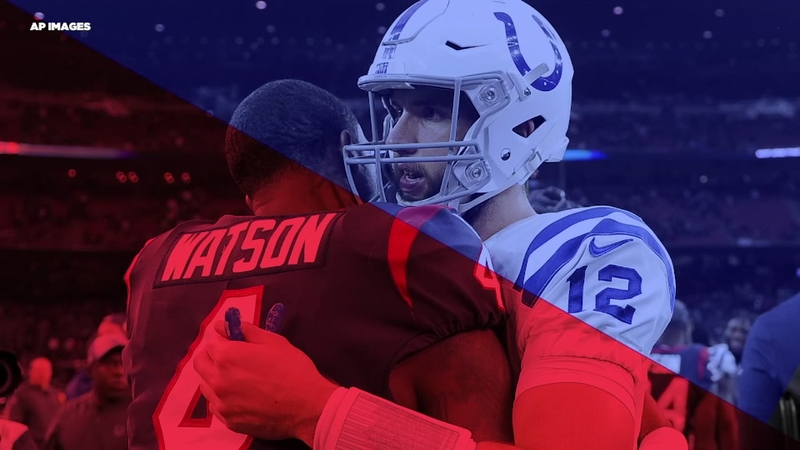 Houston opened as a 2.5-point favorite over the Colts, who split their regular season showdowns.

The Texans picked up their first win of the season against Indianapolis in Week 4, needing overtime to take down the Colts, 37-34.

What Saturday's playoff game will come down to is, which quarterback can play the better game?

What to know if you're thinking about buying Houston Texans playoff tickets.

Winning the division gave Houston homefield advantage for at least one playoff game. But Andrew Luck is no stranger to the friendly confines of Houston.

The former Stratford High School product, who almost committed to Rice before picking Stanford, is 6-4 against the Texans throughout his career and holds a win percentage of 61.4 when playing indoors.

But Deshaun Watson has been historic in 2018, and that's not being hyperbolic.

Texans head coach Bill O'Brien did a great job of designing runs for Watson, who out-rushed the Jacksonville Jaguars as a team during their Week 17 win.

Every team's odds to win Super Bowl 53, according to Vegas.

"Certainly (Watson) took some hits that maybe we want to try to control those, but there's other times where he did a great job sliding or ducking out of bounds," O'Brien said of Watson's running ability. "I think it's good for our team when the ball is in his hands."

While Watson and weapons like Lamar Miller and DeAndre Hopkins can help the Texans keep pace with the Colts, those weapons won't be able to play both sides of the ball.

Enter defensive end J.J. Watt, whose 2018 campaign was nothing short of spectacular after an injury-riddled 2017.

Watt notched an AFC-high 16 sacks and an NFL-high seven forced fumbles in his first full season since 2015.

"I think at the end of the day, you've got to do the best you can to mix it up," O'Brien said of containing Luck. "If you think you're going to go into the game with the one thought, and that's the thought that's going to win the game, that's probably not the way to go."

The Texans and Colts will face off Saturday afternoon at 3:35 p.m. inside NRG Stadium. If Houston wins, they would move on to face the No. 2 seeded New England Patriots on the road. If the Colts win, they would also go on the road, but face the No. 1 seeded Kansas City Chiefs.