KTRK
By Ted Oberg
HOUSTON (KTRK) -- An inmate stabbed a Harris County detention officer in the face with a homemade knife Monday as two high-level jail inspections were taking place at the county jail, four sources in the Sheriff's Office told ABC-13.

Harris County Sheriff Adrian Garcia's office confirmed the stabbing late Monday and said that the inmate had been charged.

One of the jail inspections was a state annual review conducted by the Texas Commission on Jail Standards. The other was an inspection by the US Justice Department, which has been monitoring the jail since 2009 when the federal agency found that jail officials violated inmate rights in regards to an array of issues, including inadequate medical and mental health care for inmates.

Those deep-seated problems were uncovered before Garcia was elected Sheriff, but Justice Department inspectors told ABC-13 said they were aware of a series of ABC-13 investigative reports about inmate Terry Goodwin, in need of mental health care, was left in his cell for weeks. Indeed, both the FBI and the Justice Department are looking into the Goodwin case and have also met with Goodwin, who is now in a Dallas area prison.

Goodwin was discovered only when a Sheriff's jail compliance team entered the 23-year-old's cell on October 10, 2013, whistleblowers told ABC-13. When Goodwin, in jail because of a probation violation, was discovered, he was wearing a filthy, shredded jail uniform in the fetid cell, sources said. Shards of his orange uniform were hanging from the ceiling light.

It is possible Goodwin was kept locked in a solitary cell for as long as 60 days without ever being let out in violation of numerous state laws. Photos show bugs, rotting food, overflowing toilets, shreds of goodwin's uniform hanging from the cell.

A whistleblower said he waited a year for action inside the jail and when there wasn't any he came to us.

Garcia, who oversees a jail of 5,000 inmates, said he didn't know about the incident until ABC-13 started asking questions in August of this year.

Garcia said in October during a press conference that he welcomed the Justice Department looking into the Goodwin incident.

"Asking them to do so was easy for me because my commitment to the protection of civil rights are deeply imbedded in my core values," Garcia said. "It is marrow-deep and who Adrian Garcia is."

While those inspections were taking place Monday, inmate Weyin Alford stabbed a jail detention officer in head with a shank -- a homemade knife -- wounding his ear, eyebrow and temple, the Sheriff's office said. A second detention officer's hand was broken in the altercation and a third jailer was bitten by Alford, officials said. That officer was treated at the jail. Alford suffered cuts in his chest and forehead. None of the wounds were life threatening.

The alleged violence broke out around 2:15 pm as officers were trying to remove Alford from his cell.

Alford, who has a long record of drug, assault and burglary charges, is the same inmate who has been found repeatedly before with a shank.

Indeed, it was hours before Garcia's October press conference where the Sheriff fielded question about Goodwin, that Alford was found in a Harris County courtroom carrying a shank, that appeared to be a brush handle sharpened to a point. He was also found with a sock filled with a heavy object that could also be used as a weapon.

It's unclear how inmate Weylin Alford got to the courtroom with the shank, since the Sheriff's Department policy is to pat down inmates whenever they are transported from one location to another.

Alford claimed he brought the shank to court multiple times before.

Two more shanks were found during a search of Alford's jail cell that day, officials said. Guards also found a shank in his cell in January.

Garcia said during the October press conference he had not been told about that incident and is not sure how it may have happened.

On Tuesday, ABC-13 will take a look at what Garcia has done since he learned about the Goodwin case and how Goodwin's family feels about Garcia's inaction. 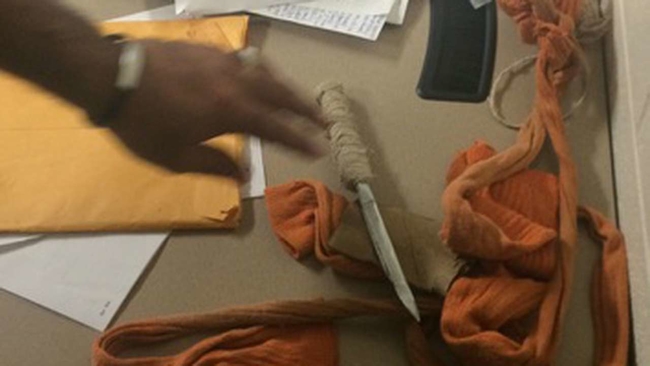 Burglar caught with weapon in court 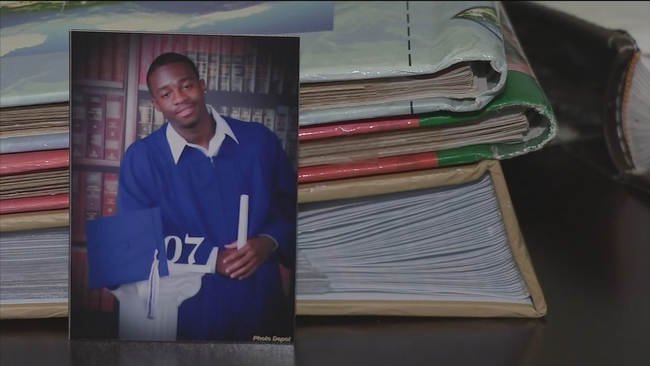 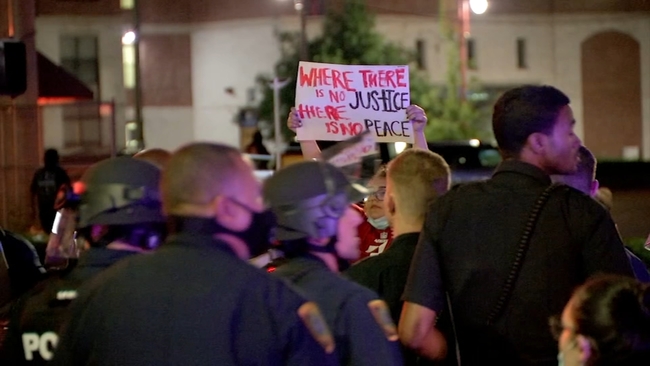