Jadeveon Clowney not playing in Texans' game against Titans 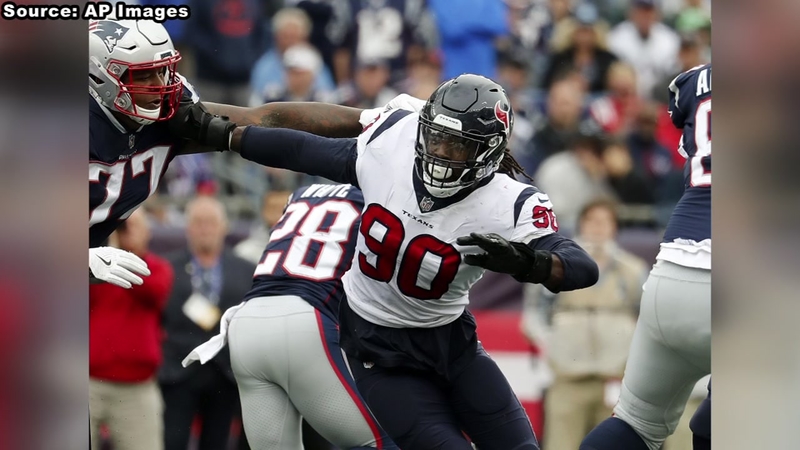 Clowney was listed as questionable with an elbow and back injury and was a limited participant in practice all week.

The 2014 No. 1 pick had two combined tackles in the Texans' season-opening loss to the Patriots but said he felt like he was still rusty because of the time he missed during the offseason. Clowney did not participate in the Texans' OTAs this spring and missed most of training camp while rehabbing a knee injury.

Last season, Clowney played in 16 games for the first time in his career.

The Titans are dealing with injuries on their offensive line, as tackles Jack Conklin (knee) and Taylor Lewan (concussion) also have been ruled out for the game.