KTRK
HOUSTON, Texas (KTRK) -- Armed with high expectations and a Heisman candidate, the Houston Cougars got over their first half jitters to clip the Rice Owls by a final score of 45-27, clinching the Bayou Bucket.

"We talked about it at halftime," Houston head coach Major Applewhite said after the game. "Adjust. We got their best shot, fortunately they haven't gotten our best shot."

Junior pass rusher and early Heisman candidate Ed Oliver dominated the run-heavy Rice offense all game long, finishing with a game-high 13 tackles, five of which were solo, and also a game-high 3.5 tackles for loss.

"I feel like the defense played good," Oliver said. "It's not just me, I play with 10 other guys and they played amazing. I'm just proud of everybody."

Not to be outdone, Houston's junior starting quarterback D'Eriq King gave fans just a glimpse of what the Cougars new high flying offense is capable of. King finished the game with 320 yards passing and three touchdowns while also rushing seven times for 33 yards and a score.

King's playmaking ability has been well documented in his time at Houston, but he's also making his presence known as a leader in the locker room.

"I just got my guys together (at halftime) and talked to them a little bit," King said. "I told them to calm down and just go out there and play. It's our first game and everyone's trying to go out there and make the big play and trying to be perfect. Cut loose and play."

The cut loose attitude in the second half paid dividends immediately.

After a 28-yard field goal by Rice kicker Haden Tobola gave the Owls a 27-17 lead, the Cougars would go on to score four unanswered touchdowns en route to the final score.

With the loss, Rice moves to 1-1 on the season while Houston will ride their 1-0 start into next week's nationally televised matchup against the Arizona Wildcats.

But the Cougars aren't looking ahead just yet. When asked about next week's big game, Oliver stayed grounded and bathed in Saturday's victory. 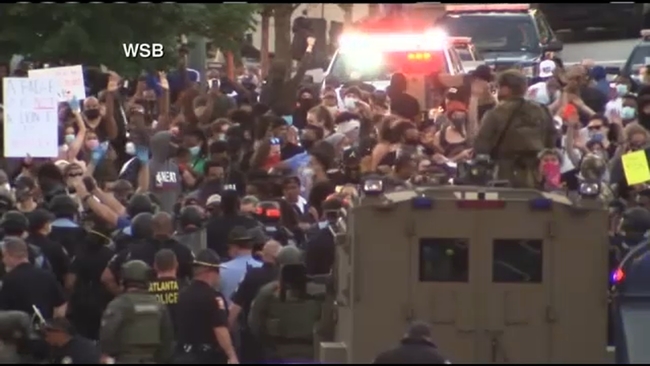