AP
BOSTON, Massachusetts -- Olympic champion Simone Biles designed the leotard she wore while winning her fifth US women's gymnastics title Sunday, all the way down to the light shade of teal. It's the designated color for survivors of sexual abuse, a group that includes Biles, who revealed in January she was among the victims of former USA Gymnastics team doctor Larry Nassar. 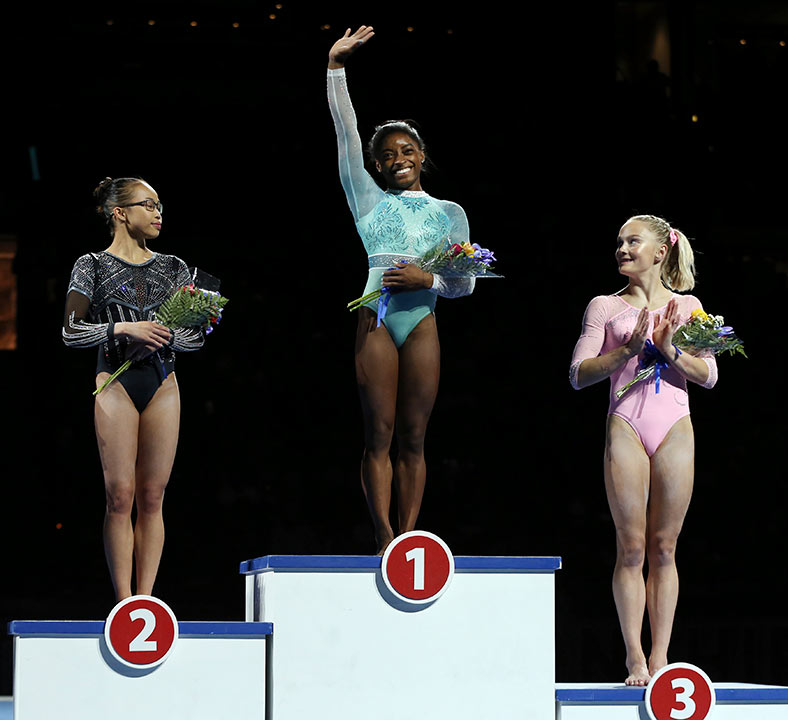