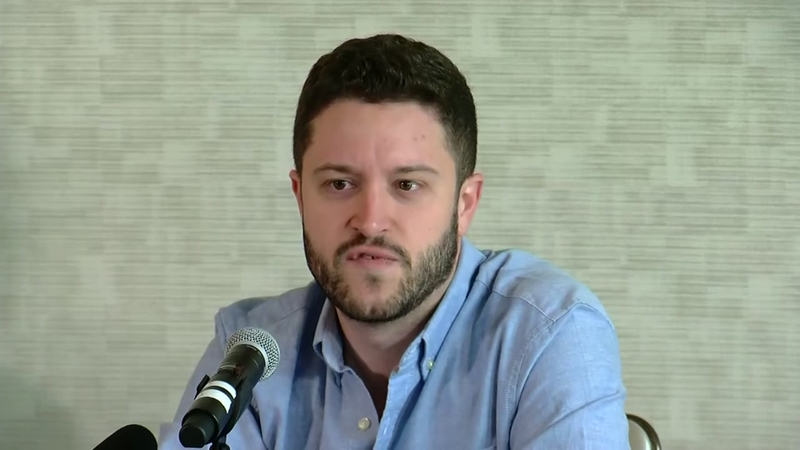 The man behind those unregulated, untraceable 3D printed guns will soon land in Houston after being deported from Taiwan.

Cody Wilson is wanted for a sexual assault charge out of Austin.

Investigators with the Austin Police Department say he paid a 16-year-old girl for sex.

They believe he recently fled to Taiwan after he was tipped off by a friend of the victim.

He was arrested by officials at a hotel in Taipei after the U.S. State Department revoked his passport.

On Friday, he was escorted through the airport to board a flight back to Texas.

Investigators say he met the victim on an adult website, sugardaddymeet.com, back in August.

She told police Wilson paid her $500 after the encounter, then dropped her off at a Whataburger restaurant.

Despite a federal judge's order to block access to the files, he is still selling the blueprints.

Eyewitness News reached out to the company for a statement on Wilson's charge and arrest, but received no response.

The U.S. Marshals led the manhunt for Wilson.

They tell Eyewitness News after he lands at Bush Intercontinental Airport, he will be escorted to the Harris Co. Jail and seen by a magistrate judge.

It's unclear when he will make his way to Austin to face criminal charges.