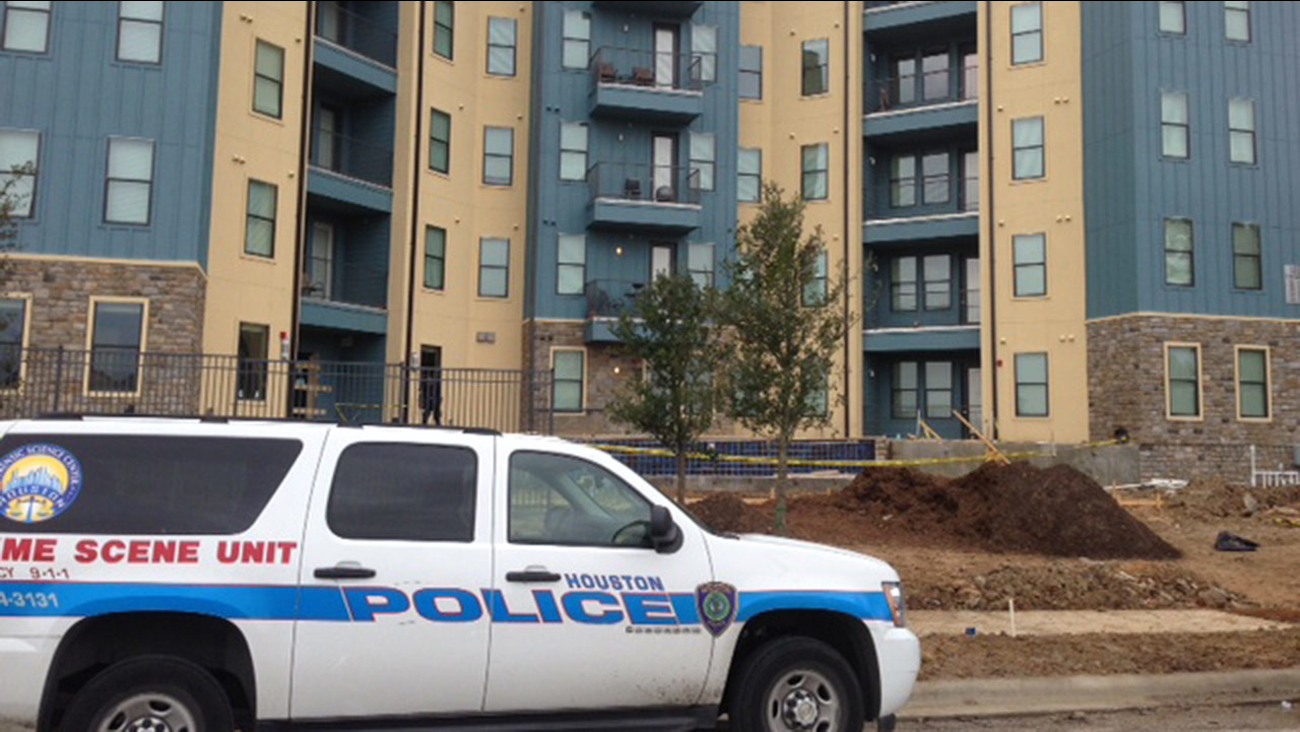 HOUSTON (KTRK) -- Police are trying to sort out the mystery of a how a woman died, not far from the University of Houston campus.

The victim was found dead at the top of a flight of stairs at the Vue at MacGregor apartments in the 4600 block of S. MacGregor. Construction crews discovered her body at about 7am. Investigators say she is naked except for earrings and socks. They say there is no evidence of a struggle and there are no visible signs of trauma on the body.

Detectives are trying to determine if any surveillance cameras happened to catch the moments leading up to the woman, or her body, arriving there. One thing that investigators are particularly interested in is a pair of high heeled shoes precariously placed on top of a park sign just down the street from where the body was found.

"Calhoun and MacGregor is the location where the shoes were recovered," HPD's Sgt. Brian Harris said. "They were actually set on top of the park sign at the intersection. We don't know if someone was walking to school, picked them up and made them nice on top of the sign, or did that person herself take her shoes off and lay them on top of the sign."

Crime scene investigators are taking a closer look at the body. Their first order of business is identifying the woman. They say her purse was found near the body, but there was no identification inside. The medical examiner will perform an autopsy to determine her cause of death.
Related topics:
houston
Copyright © 2021 KTRK-TV. All Rights Reserved.
TOP STORIES
2 men shot to death at north Harris County apartment complex
Gov. Abbott to sign anti-smuggling bill in Rio Grande Valley
Houston already in the midst of breezy, drier day
Fallen senior officer honored with HPD procession
New dashboard displays COVID levels in wastewater across Houston
3 taken to hospital after car T-boned HFD ambulance, witness says
COVID-19 Vaccine Town Hall with Dr. Ashton and Dr. Fauci
Show More
Now prices are soaring for Christmas trees and decorations
Aldine ISD to offer $500 incentive to fully vaccinated employees
Houston girl goes viral after accusing mom of being an alien
Who killed this 19-year-old woman in Dickinson?
Packers' star says chain with dad's ashes lost in endzone was found
More TOP STORIES News