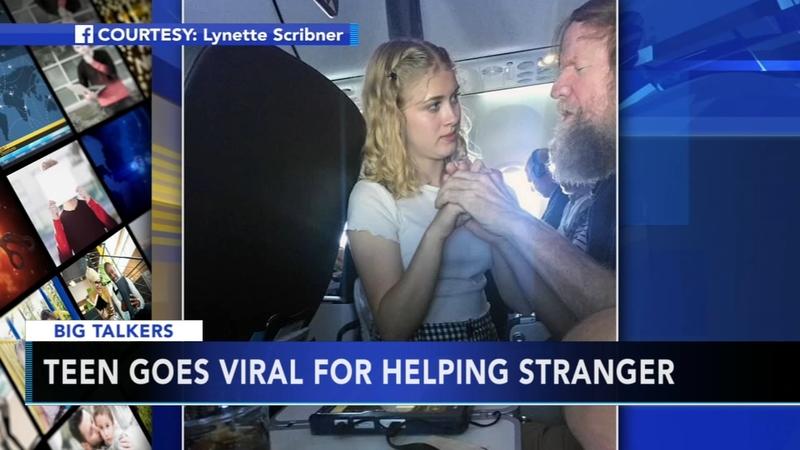 Here is a story about a simple, yet powerful, act of human kindness.

Clara Daly, 15, helped a fellow passenger on board an Alaska Airlines flight. The encounter is going viral, sending a strong message of humanity and hope.

A passenger flying on that flight, named Timothy, is blind and deaf.

The flight crew and other people seated in his row tried unsuccessfully to communicate with him, and at one point an attendant asked if anyone on the flight knew American Sign Language. Clara stepped up, and spelled out each word with her hands for Timothy to feel.

Timothy asked for a water and also wanted to know how much longer the flight would be.

Later in the flight, Timothy asked for Clara again.

"He didn't need anything, he was just lonely and wanted to talk," said Clara. "Doing something like that is what anyone would have done."

Clara is dyslexic and just started learning sign language last year to help with her own communication.

Her proud mom, Jane, posted about the experience on Facebook.