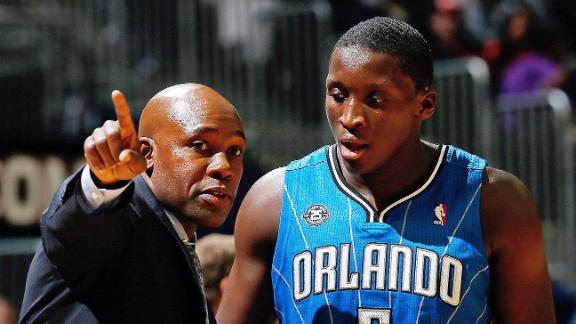 ORLANDO, Fla. -- Magic guard Victor Oladipo will miss Orlando's season opener and is out indefinitely with his second injury this month.

The team announced Friday that Oladipo suffered a facial fracture in practice Thursday and will undergo surgery Saturday. The injury occurred when Oladipo took an inadvertent elbow during a practice drill.

He has not played during the preseason because of a sprained medial collateral ligament in his right knee.

Oladipo was taken second overall by the Magic in 2013 and made the NBA All-Rookie first team last season.

The injury is the latest blow to Orlando's projected starting lineup. Offseason free-agent pickup Channing Frye has also missed the entire preseason and remains out indefinitely with a sprained MCL in his left knee.