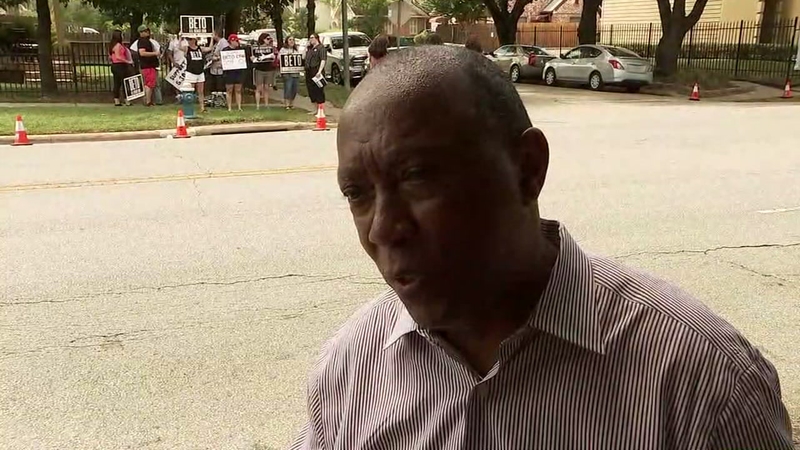 HOUSTON, Texas (KTRK) -- Mayor Sylvester Turner is not holding back on his thoughts about the possibility of a child immigration detention center in Houston.

In recent days, reports have stated that officials are planning to use a facility on Emancipation Avenue as a detention center for immigrant children.

Turner said the initial plans were to lease the facility to house homeless and treat Houstonians suffering with mental illness.

"No one ever said it was being leased to a tenant that was going to house children that were separated from their parents," he said. "We started getting this buzz in the last week or so."

1/ At the Juneteenth parade in Acres Home today I spoke to news media about the U.S. plan through a private company to house near downtown Houston many of the children taken from their migrant parents at the border:

2/ You can’t hurt them to try to make some grander statement, to say ‘if you get here we are going to strip your kids away.’ That’s not who we are. I don’t want a facility in the city housing these kids that have been separated. And I’m making my message loud and clear. #

Turner says he does not support the policy that requires officials to separate children from the parents.

The Associated Press reported that under a "zero tolerance" policy announced by Attorney General Jeff Sessions, Homeland Security officials are now referring all cases of illegal entry for criminal prosecution. U.S. protocol prohibits detaining children with their parents because the children are not charged with a crime and the parents are.

"I don't want in the city of Houston for us to participate in a policy that I think is morally bankrupt," Turner told ABC13. "This is not about party, not about Democrat or Republican, nothing about that. It's about valuing children. I said when people were shooting kids, this is where I draw the line and we'll throw every possible resource to keep that from happening. When it comes to separating children from their families, I can't support it."

Turner said he would also ask the owner of the facility to not allow the building to be used as a detention center. He also added that he has not received a "clear answer" from the owner.

"I don't think you strip away the kids and treat them as a pawn to influence the actions of their parents or other parents thinking of coming to this country," he said.

Across the U.S. border, nearly 2,000 minors have been separated from their families at the U.S. border over a six-week period during a crackdown on illegal entries, according to Department of Homeland Security figures obtained by The Associated Press.

An announcement is expected next week from Turner and other city officials on the issue.