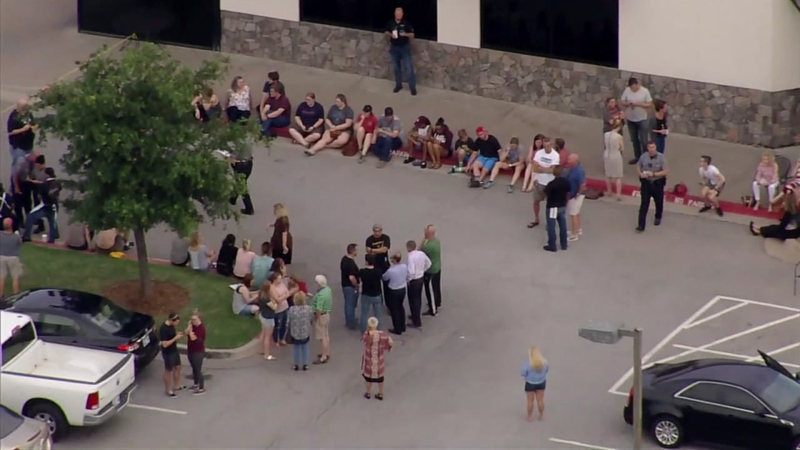 OKLAHOMA CITY, Oklahoma -- A man armed with a pistol walked into an Oklahoma City restaurant at the dinner hour and opened fire, wounding two customers, before being shot dead by a handgun-carrying civilian in the parking lot, police said.

The shooting happened around 6:30 p.m. Thursday at Louie's On The Lake, a restaurant on Lake Hefner.

A woman and a female juvenile were undergoing surgery for gunshot wounds but apparently "are going to survive," said Capt. Bo Matthews, a police spokesman. A man suffered a broken arm while trying to escape the shooting.

A family member told KOCO-TV that her daughter and 12-year-old granddaughter were shot while entering the restaurant for the girl's birthday dinner. Authorities have not identified the injured patrons.

"We have no reason to believe this is a terrorist type of incident," Matthews said. The motive was unclear otherwise, and the investigation at the scene was expected to extend into the early morning hours as law enforcement personnel interview about 100 eyewitnesses, he said.