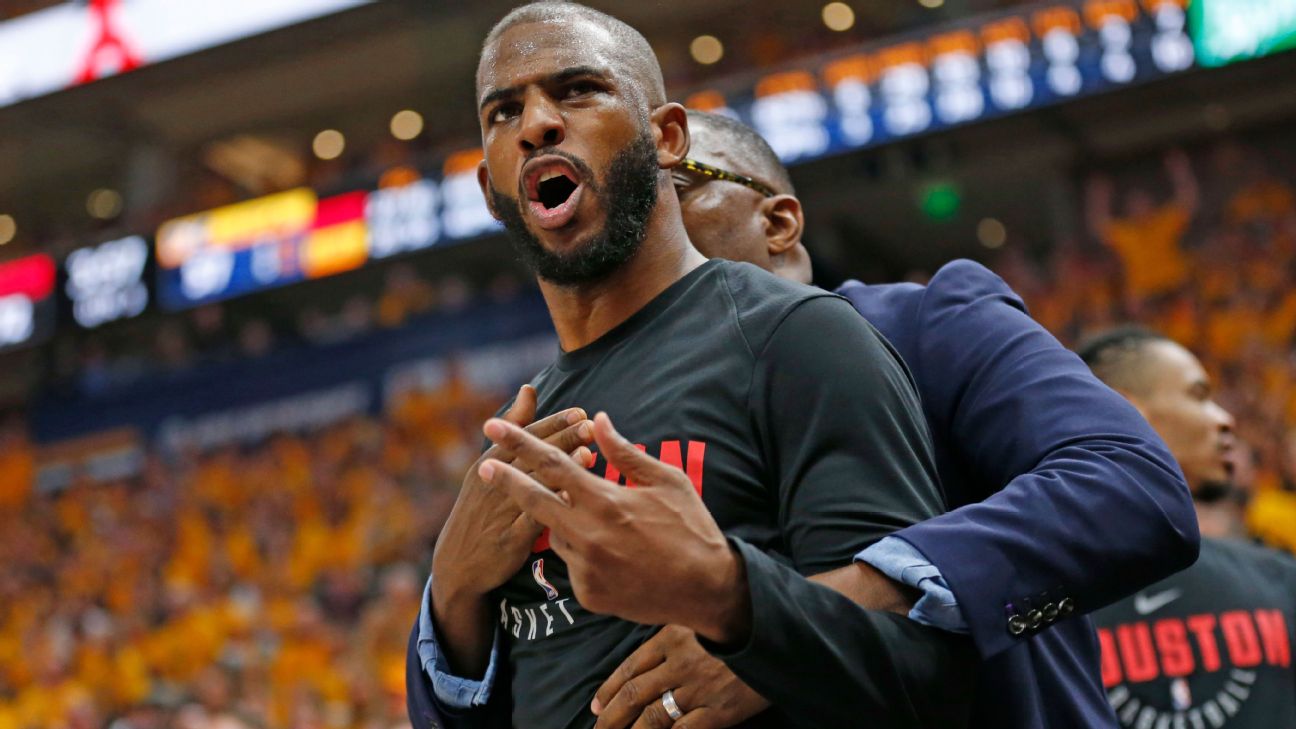 C.J. Paul told ESPN that referee James Williams, whom he recalls officiating his college games when he played at South Carolina Upstate, requested for security to remove him from his baseline seat during the third quarter of the Rockets' 100-87 win over theUtah Jazz.

"The ref was crazy," C.J. Paul told ESPN as he walked out of Vivint Smart Home Arena with his brother, parents and others. "He had the wrong man. It wasn't me."

C.J. Paul said Williams accused him of making inappropriate comments. He overheard Williams complaining to arena security, who then briefly removed C.J. Paul from his seat.

"I know how he operates," C.J. Paul told ESPN, referring to his interactions with Williams from his college playing days. "He said [to security], 'I didn't see him say nothing, but I know it was him.'"

As security escorted C.J. Paul past the Rockets' bench toward the exit, Chris Paul objected. C.J. Paul was soon allowed to return to his seat.

"I saw he was trying to put my brother out. That's out, that's out," said Chris Paul, who celebrated his 33rd birthday with a 27-point, 12-rebound, 6-assist performance as the Rockets got within one game of his first conference finals appearance. "There might not be many playoff games I've played in, but he's been at all of them. That's out. Nuh-uh, don't put him out."

Williams also whistled Chris Paul for a technical foul with 20.8 seconds remaining, which the Paul brothers laughed about after the game.

Chris Paul told ESPN that the technical foul was called because he briefly complained about an offensive foul that was called on him two possessions earlier. According to Paul, he said only two words to Williams: "That's awful."

CP3 upset after brother almost gets kicked out
Chris Paul argues with security on the bench after his brother, C.J., gets mistaken with an unruly fan and starts to get escorted out.
Report a correction or typo
Related topics:
sportsespnofficiatingrefcj paulcp3houston rocketsejectionnbachris pauljames williams
Copyright © 2020 ESPN Internet Ventures. All rights reserved.
More Videos
From CNN Newsource affiliates
TOP STORIES