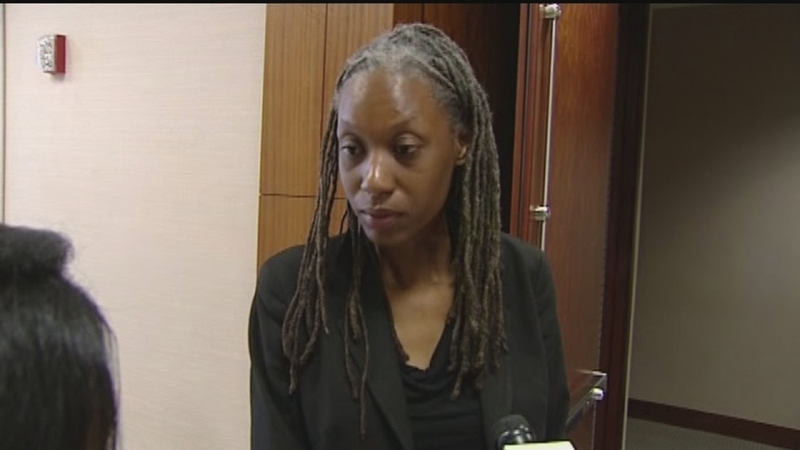 HOUSTON (KTRK) -- A middle school teacher is facing a felony charge, after she allegedly gave a student a lap dance for his birthday.

Felicia A. Smith, 42, is charged with improper relationship with a student after an incident that occurred in her classroom at Aldine ISD's Stovall Middle School back in February.

According to court documents, a 15-year-old student entered the classroom and said it was his birthday. He said the other students encouraged him to sit in a chair at the front of the room, where Smith allegedly performed a full contact lap dance to music, lasting about four minutes. The boy described to Aldine ISD police touching that occurred between the two. The dance reportedly ended with Smith hugging the boy and telling him, "I love you baby, happy birthday."

The incident was captured on video, court documents state.

Smith told police that she did perform a lap dance on a student's birthday because the class convinced her to do it.

Aldine ISD issued the following statement: "A criminal charge of engaging in an inappropriate relationship with a student has been filed against a Stovall Middle School teacher. The charge was filed by Aldine Independent School District Police, who investigated the case along with the campus administration. The teacher was removed from the campus during the investigation and has not returned. The district takes this allegation seriously and is fully cooperating with prosecutors. The safety and security of our students will continue to be a top priority in Aldine ISD."