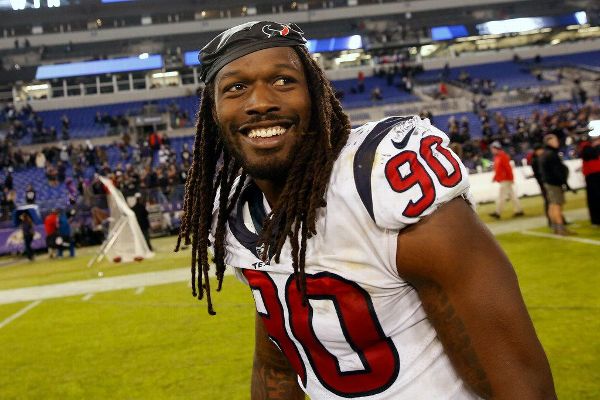 "I won't discuss our negotiations publicly, but I'm optimistic that something can be done," Gaine said Friday at his pre-draft news conference.

"[I like his] height, weight, [and] speed," Gaine said. "The production, the performance, the pass-rush ability. The guy's a disruptive player. He plays the run well. So we're doing our best to fortify our nucleus of players, and we'd like him to be a part of it."