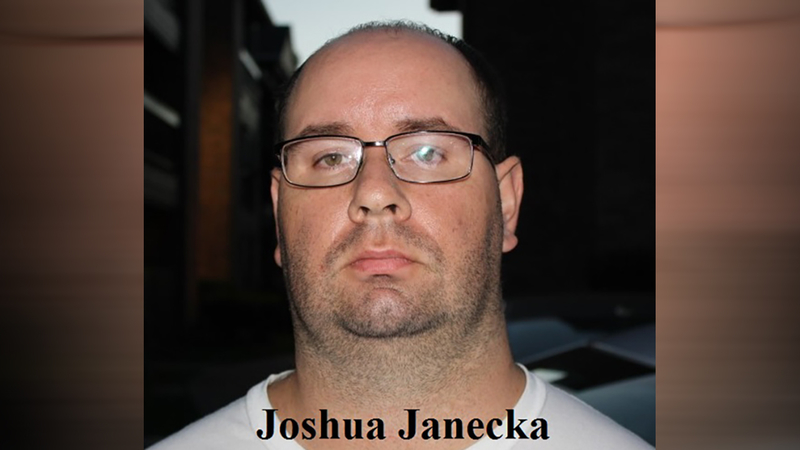 HUMBLE, Texas (KTRK) -- A music teacher for Dayton ISD has been accused of having photos and videos of child pornography at his home.

Investigators with Harris County Constable Mark Herman's Office got a tip from the National Center for Missing and Exploited Children about someone in the Humble area believed to be in possession of child pornography.

On Wednesday morning, search warrants were executed at the apartment where 31-year-old Joshua Janecka lives.

"Yesterday we obtained search warrants on his location, we ran on his residence, and obtained hundreds of images and videos of child pornography and adults with children from his house," said Precinct 4 Constable Mark Herman. "He was at his home when we ran the search warrant he was immediately arrested."

Neighbor Jordan Walker, a single dad to a little girl, heard the commotion and looked outside.

"Never seen him until that moment when he was walking down the stairs and they had him in handcuffs and everything."

"That is mind blowing, right next door that's so scary," he said. "That's crazy!"

Janecka was working as a music teacher for an elementary school in the Dayton Independent School District.

In a statement released to Eyewitness News, Dayton ISD said in part:

"I think it's disgusting," said mom Kassie Chapman, whose son was in Janecka's music classes. "We send our kids to this school to be trusted, and protected, and they're just going to, we're going to betray them."

Investigators seized a computer from the school and are analyzing it. In addition, investigators are reaching out to other schools where Janecka was a student teacher, as well as Boy Scouts of America. According to an online resume, Janecka once served as a swimming instructor at a Garland area Boy Scouts summer camp.

A statement by the Boy Scouts of America included the following:

"While this individual has not been registered in Scouting for several years, upon learning of these reports, we took immediate action to prohibit him from any future participation in our programs."